Y’all know Nandi Madida has a new song imminent, right? Well, the singer has illuminated “organic” once again, stating the inspiration for the song.

In a recent Instagram post, she stated that the song is dedicated to the late Sara Baartman, the curvaceous black slave who was degraded for her sculpted proportions overseas. The late Baartman was born in South Africa, one of the notable figures of the Khoikhoi tribe. 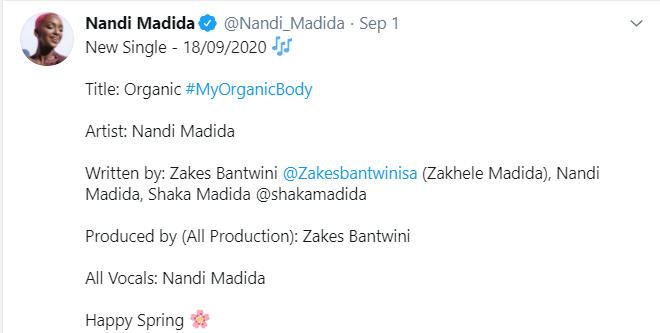 According to Nandi Madida, who recently cliched a SAMA for her collaborative song with hip hop veteran K.O., Baartman was never celebrated for her body but tortured. Ironically, many are now doing anything to have a similar figure – a figure that was natural to the African (Sara Baartman). You can check out her post below. 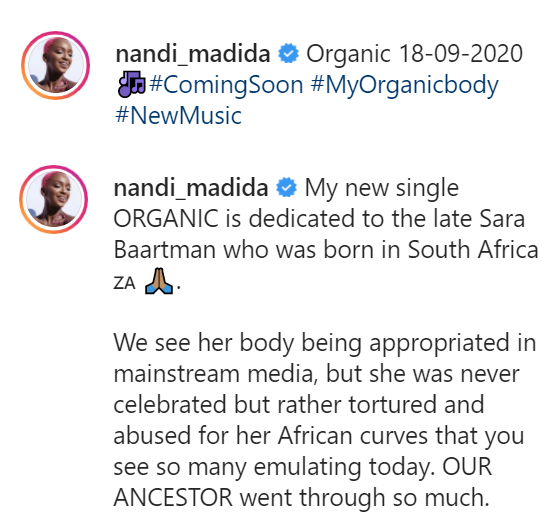 By the way, because Baartman’s figure was a novelty at the time of slavery in Europe, she was exhibited at freak shows. You can check out image from the moment in history below and let us know what you think. 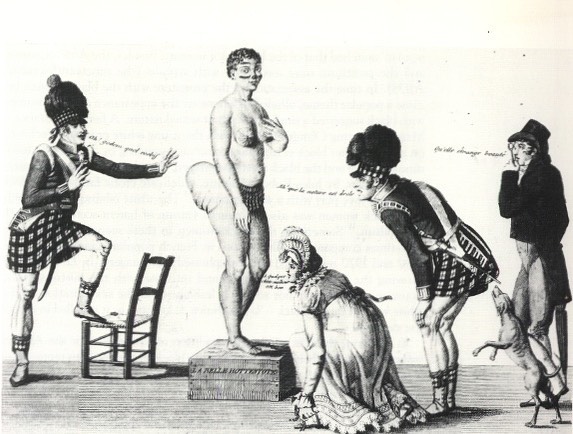 Nandi Madida stated her “Organic” single will be out 18 September 2020. We are going to share the song on here when released. You may want to follow our social media channels so you don’t miss out on important updates.