Speculations are rife that DJ Tira’s son Tank The Rockstar is dating socialite Nandi Mbatha. Tank The Rockstar sparked the dating rumours himself following with couple of pictures he shared of him and Nandi together.

Specualtions of the two dating is particularly strong because Tank The Rockstar isn’t the only one doing the sharing. Nandi Mbatha herself has been sharing snaps of herself and the songster together.

In one of his posts, Tank The Rockstar had described Nandi Mbatha as just his best friend.

There apparent closeness notwithstanding, neither of the two has confirmed if a relationship is brewing, or if they are just playing around for a little attention. 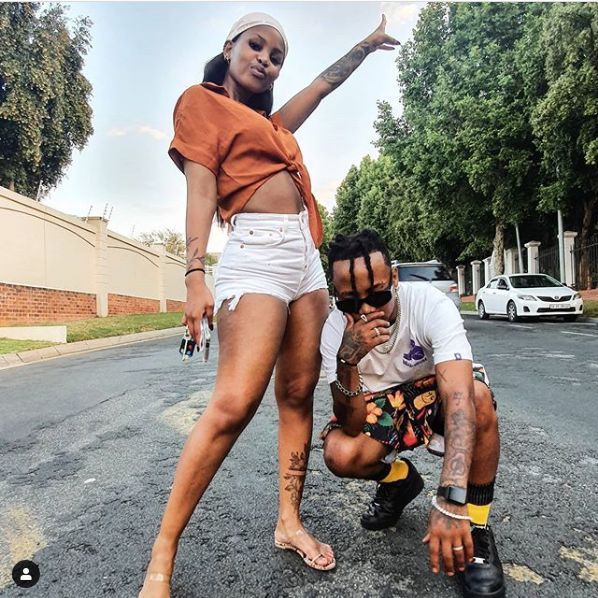 Either way, it is clear from the pictures shared of the two so far that they are fond of each other’s company and look good together. Whatever is going on between them right now might become public in the coming days. We’ll bring you the meat of it then.

Well, do you think Tank The Rockstar and Nandi Mbatha are into something? Or perhaps they are just pulling the legs of the watching public? You might want to join the conversation by dropping your thoughts in the comment section below.

Tags
Nandi Mbatha Tank The Rockstar
John Israel A Send an email 4 November 2020
Back to top button
Close
We use cookies on our website to give you the most relevant experience by remembering your preferences and repeat visits. By clicking “Accept All”, you consent to the use of ALL the cookies. However, you may visit "Cookie Settings" to provide a controlled consent.
Cookie SettingsAccept All
Manage Privacy