It is almost here! The much anticipated album from Nasty C, ‘A Zulu Man with Some Power’ is due for release on Friday, 28 August and will feature appearances by prominent artists such as T.I and No I.D, who produced Jay-Z’s album 4:44. Following his signing with pioneering New York hip hop label, Def Jam this year, the release of this album solidifies Nasty C’s presence on the global stage. To support the launch of the album, Spotify’s New Music Friday billboard in Time Square will feature Nasty C for 24 hours.

Nasty C was recently interviewed by Spotify’s For the Record, where he credited Spotify for helping introduce his songs to new listeners around the world. “It’s life-changing. It’s just made it so much easier to connect with people outside our borders,” Nasty says. “It’s almost as if it shops your music around for you.” It is this global exposure that led to his tracks They Don’t, Eazy and SMA becoming his top streamed tracks by listeners across the world on Spotify.

‘A Zulu Man with Some Power’ is the third studio album from the rapper and follows the successful Strings and Bling album that won a South African Music Award for the Best Hip Hop Album. Nasty C’s accolades have gone beyond his albums achieving platinum success and have crossed over to garner him ultimate streaming success. In 2019 he earned the title of Spotify’s most streamed Hip Hop artist in South Africa and was also listed in the top three of the most streamed local artists in the country. 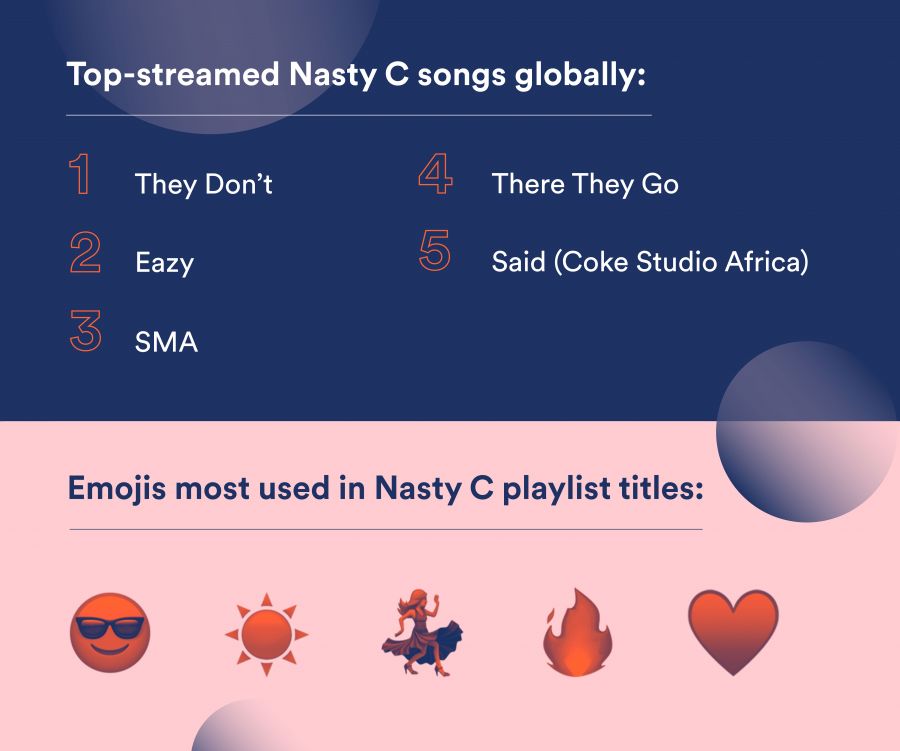 Nasty C is one of South Africa’s best exports and continues to top Spotify streaming lists across the globe. The artist features prominently on much-streamed Spotify playlists like Most Necessary and No Wahala, which attract a largely global audience. In South Africa, Nasty C is streamed the most in ‘the city of gold’ Johannesburg,  followed by Cape Town and Pretoria.

His home city Durban takes the fourth spot on the list of top five cities streaming Nasty C the most. Nasty C’s appeal spans across borders and outside of South Africa, the most popular countries where he is streamed the most include the United States, Canada, United Kingdom and Australia. 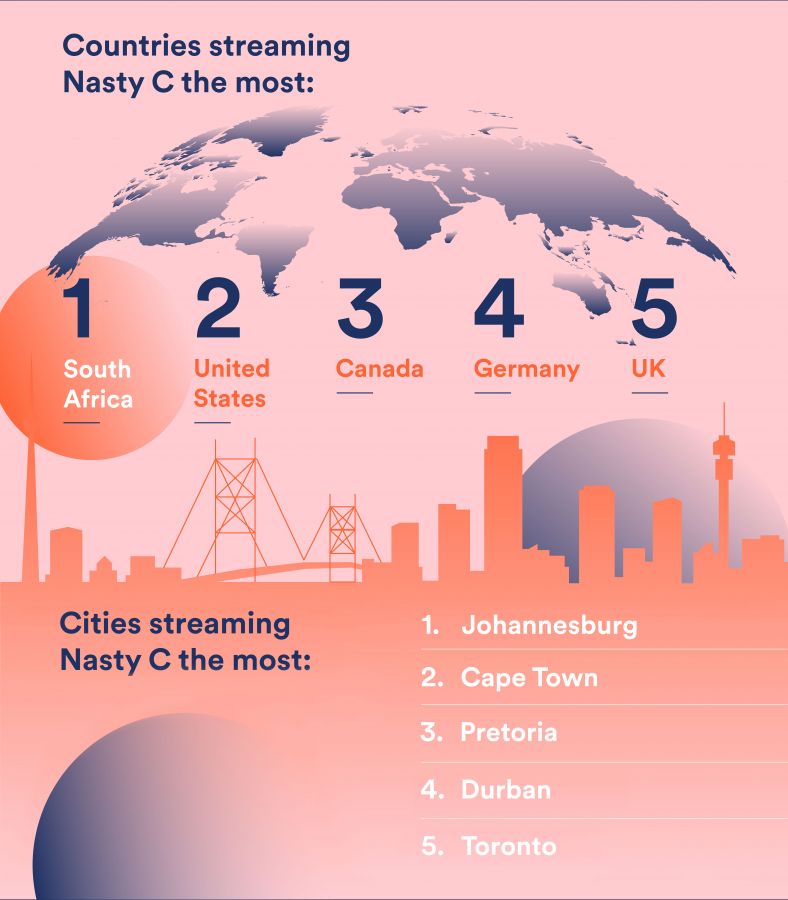 As we count down to the release of ‘A Zulu Man with Some Power’, Spotify is sharing below, Nasty C By The Numbers – an infographic highlighting Nasty C’s global success on Spotify.

Tags
Nasty C
Thato Siyabonga Send an email 25 August 2020
Back to top button
Close
We use cookies on our website to give you the most relevant experience by remembering your preferences and repeat visits. By clicking “Accept All”, you consent to the use of ALL the cookies. However, you may visit "Cookie Settings" to provide a controlled consent.
Cookie SettingsAccept All
Manage Privacy