Nasty C is having a grand time with the recent release of his album “Zulu Man With Some Power.” Apparently the album has shot to the number one spot and Nasty C is basking in that glory.

As a title, “Zulu Man With Some Power” is undeniably ambitious, showing a robust belief in self – Nasty C”s talents, and his faith in his talents to take him anywhere.

Well, that has just materialized, as his third studio album, the follow-up to “Strings and Bling,” has shot him to the top of the albums trend globally. For his latest win, the Zulu Man is grateful.

He recently shared what might be called receipts of his album successes in a series of tweets. You can check out some of them below.

“Zulu Man With Some Power” album features Ari Lennox, one of the champs at J Cole’s Dreamville record label. So the label shouted the Zulu Man out in a recent tweet.

By the way, Nasty C’s image has been spotted on Spotify billboards on Times Square, advertising the recently released album, which Siri confirmed as the biggest thing right now. 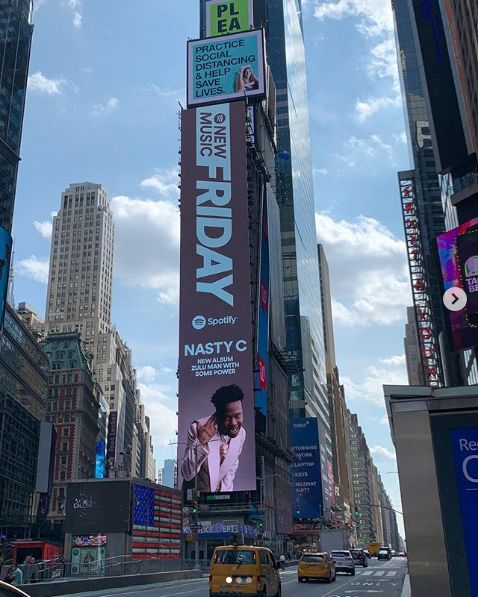 Well, what do you think of the new album and its impact on the music scene right now? You’re welcome to join the conversation by dropping your thoughts in the comment section below.