Nasty C gets a “legendary” ‘Zulu Man With Some Power’ art in Cape Town.

If you’re one of the hottest rappers in the continent, you’re probably going to have gigantic art inspired by your work in a big city. That’s practically Nasty C’s story.

The talented rapper is preparing for the release of his highly anticipated album, “Zulu Man With Some Power” which is scheduled to drop on Friday, August 28. He has already dropped a number of songs off the album including the most recent joint “Zulu Man” which has been making rounds on the Hip Hop charts and also on the overall charts.

Taking to Instagram, the “There They Go” hit maker shared a video of a new art in Cape Town inspired by his album “Zulu Man With Some Power”. It is a massive art which he described as “Legendary”. We really can’t wait to hear the entire album. 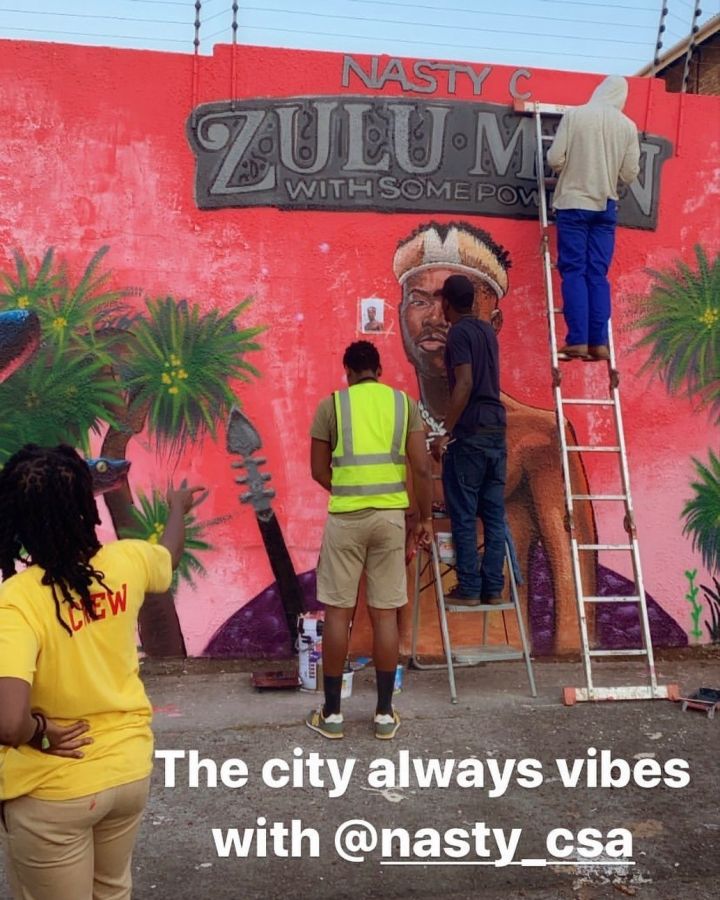 Tags
Nasty C
John Jabulani Send an email 24 August 2020
Back to top button
Close
We use cookies on our website to give you the most relevant experience by remembering your preferences and repeat visits. By clicking “Accept All”, you consent to the use of ALL the cookies. However, you may visit "Cookie Settings" to provide a controlled consent.
Cookie SettingsAccept All
Manage Privacy