Nasty C is a god to many. The famous rapper has taken over Africa and has been called the best in the game by most. However, he has not denied the fact that he was inspired by many growing up.

Nasty recently amended his Top 5 rappers list out of Mzansi. He shared the list on social media. It includes AKA Stogie T, K.O, Cassper Nyovest, and Da L.E.S. He shared their photos on his page. In a conversation with SA HIP-HOP MAG, he said the list is based on people he grew up listening to. 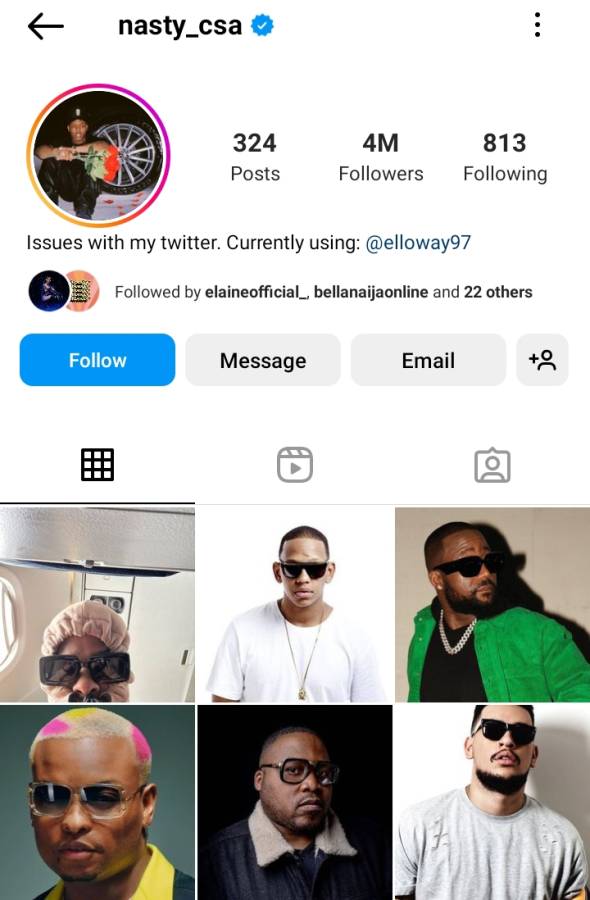 “This is purely based off the people I grew up on and the people that when they drop songs I listen to them and go, ‘F***, I need to go back and write’. It’s people like AKA, of course. Maggz, at a point. Definitely Proverb, 100%. There was a point where I was listening to a lot of Mr Selwyn, I don’t know what happened to him. And K.O. has to be there, for sure.”

He also revealed that they inspire him to go back and write when they drop new music. Nasty recently added Cass to the list. At the time, he said the “Good For That” star has “never really been in my top 5 rappers, but like, as a musician, he’s definitely up there. Musician, businessman, definitely up there.”

Tags
Nasty C
John Jabulani29 November 2022
Back to top button
6
Close
We use cookies on our website to give you the most relevant experience by remembering your preferences and repeat visits. By clicking “Accept All”, you consent to the use of ALL the cookies. However, you may visit "Cookie Settings" to provide a controlled consent.
Cookie SettingsAccept All
Manage Privacy