SA Hip Hop star, Nasty C responds to accusations that he never speaks out concerning socio-economic issues in the country.

Nasty C is under fire from his fans for accusations that he allegedly keeps quiet when it comes to socio-economic issues in the country. Of course, this has prompted a reply from the “There They Go” rapper.

Nigeria is currently the most talked about country in the continent due to the ongoing #EndSARS and #EndPoliceBrutality movement. Nasty weighed in on the matter but was dragged for other reasons. According to his followers, the “Eazy” rapper doesn’t ever speak up when it comes to socio-economic issues in Mzansi.

This was spurred on by a fan who accused him of always staying silent and urged him to put Mzansi first. Responding to the accusations, the Zulu man asked if the tweep did a “full inspec” on his Twitter, and if he knows for a fact that he keeps silent. He also told the tweep to “f**k off”. 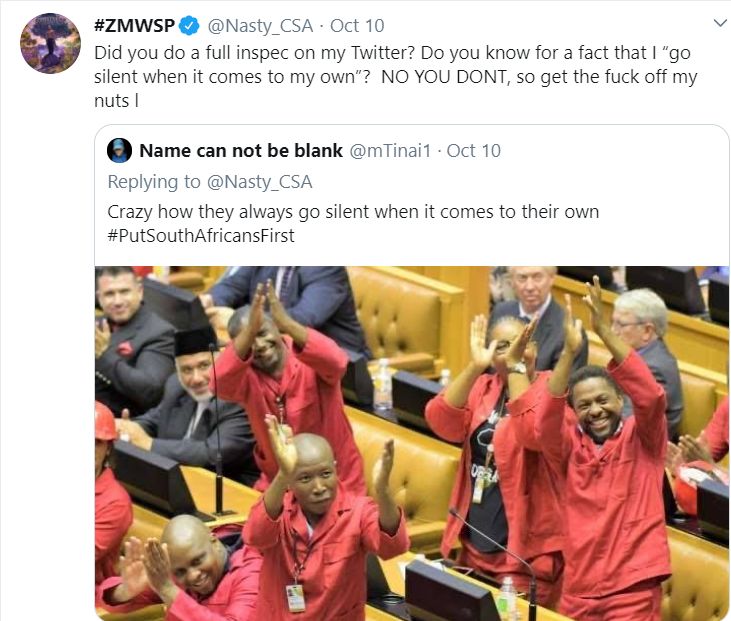