Cassper Nyovest has been receiving great love from fans and fellow musos alike as he prepares for the unveiling of “Any Minute Now (AMN)” a new body of work dedicated to his imminent son with girlfriend Thobeka Majozi.

The latest muso to show love to the Family Tree boss is Nasty C, who released “Zulu Man With Some Power” album on 28 August 2020.

Cassper Nyovest recently released the tracklist for his “Any Minute Now (AMN)” album, and Nasty C shared it on his Twitter page. The move excited and pleased many, who spoke highly of the self-acclaimed Coolest Kid in Africa. 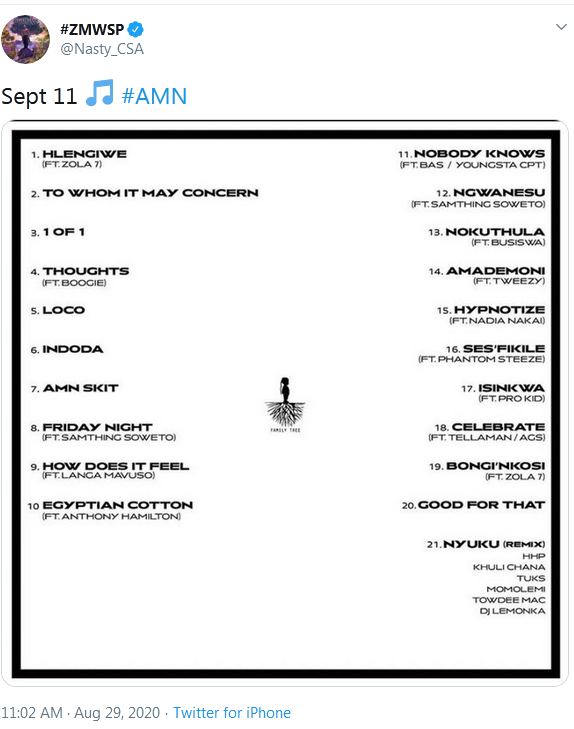 As far as we know, Nasty C and Mufasa have had no serious beef, although some of their fans wouldn’t hesitate saying the two artistes had taken quiet shots at each other in the past. Well, it’s all roes between them right now, as should be obvious from Nasty C sharing Mufasa’s tracklist.

By the way, before then, Cassper Nyovest had asked his fans to stream Nasty C’s “Zulu man With Some Power” album when it dropped on 28 August.

What do you think of the two artistes hyping each other? You may want to join the conversation by dropping your thoughts in the comment section below.