He has an imminent album titled “Zulu Man With Some Power,” which has since become a name to him among fans. Who would doubt, though, that the Coolest Kid in Africa, Nasty C, possesses some power?

That power is in the orbit of music, which Nasty C has long found a home. Week in, week out, letters of triumphs and successes pop from his stables. Well, the “EAZY” rapper has reached yet another milestone with the recent revelation he has the most streamed strong on streaming platform Audiomack, followed by Meek Mill’s “Otherside of America,” YG’s “FTP,” and other songs 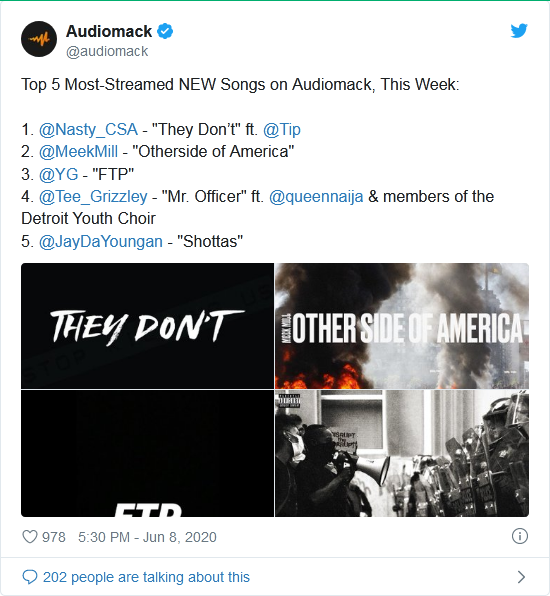 That song, titled “They Don’t,” featured the American rapper T.I. you can read the review of it here. In the song the songster slaps the face of racism, while fiercely highlighting the challenges of the black race in the United States. The song will make a critical addition to any playlist on the dignity of black life.

The song was well-received in South Africa and internationally, so it is not surprising it should clinch the number one spot on the streaming platform. Or what do you think?

You may want to join the conversation by dropping your thoughts in the comment section below.