Twitter has often been described as a toxic space – or a place where toxic people come to bring down others.

As a result of this view, as well as some people’s experiences, many celebs have decided to ditch the app “for good” – as they say.

AKA is one celeb who had ditched the app quietly. Yes, without the fanfare of an announcement. He only disclosed that when Nasty C, a rap associate of his, tweeted about the vitality of people ditching the app.

According to the “Strings and Bling” rapper, peeps shouldn’t spend all day on the app complaining about others. They should just leave – ditch the platform. More so, according to him, Twitter is not where to find love or support, or kindness.

Reacting to Nasty C’s words, AKA had noted that he left the app almost a year ago and that the decision saved his life. You can check out the exchange below. 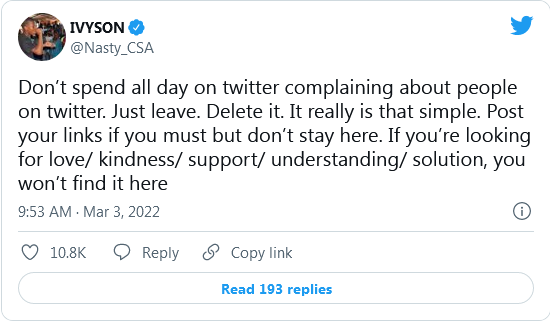 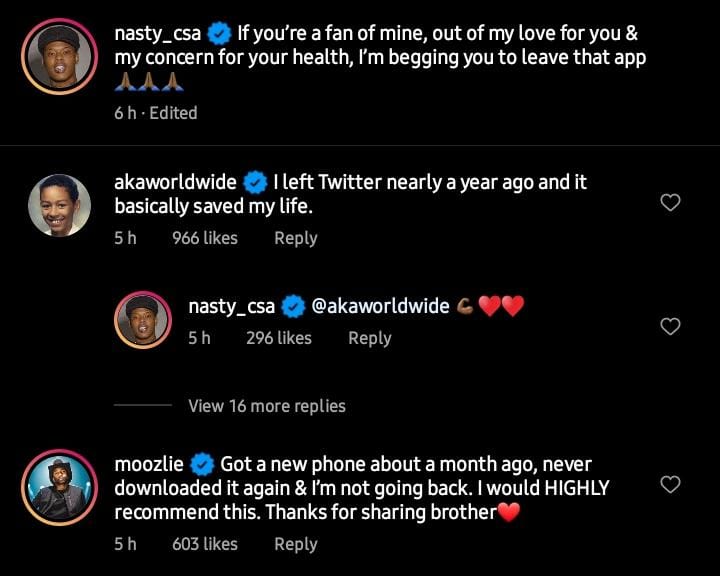 AKA stating he left the app about a year ago suggests that he left in the heat of the controversy surrounding the suicide of his girlfriend Nelli Tembe. Some tweeters had denounced him as violent toward his then-girlfriend and the reason she took her own life by jumping from the 10th floor of the Pepperclub Hotel in Cape Town.

Tags
AKA
John Israel A Send an email 7 March 2022
Back to top button
Close
We use cookies on our website to give you the most relevant experience by remembering your preferences and repeat visits. By clicking “Accept All”, you consent to the use of ALL the cookies. However, you may visit "Cookie Settings" to provide a controlled consent.
Cookie SettingsAccept All
Manage Privacy