A day ago, on February 14, many South African celebs shared love and spoke of the beauty of their relationships. They also posted some thoughtful words for their fans. Not Nasty C.

In a post to his Instagram page on that day, the de facto Coolest Kid in Africa had shared that he used to enjoy Valentine’s Day. No more, apparently.

Fans were struck by that post, and in second speculations were rife that he’s broken up with his longtime girlfriend Sammie Heavens. Some fans were asking him outright if he’d broken up with her. But the “Black and White” rapper hasn’t offered an answer.

It isn’t the first time fans have speculated about the state of his relationship, however. In fact, before he made that post, peeps have been wondering if he and Sammie are still together. 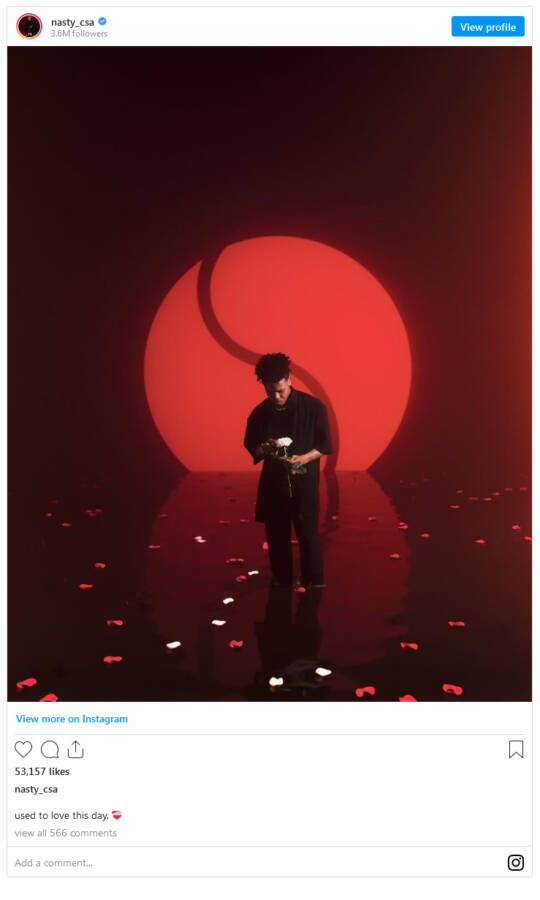 He’d not said anything back then, like now, but sammie had taken to her Instagram Story to share a quality that she likes about her relationship and her man but without mentioning his name.

Well, until Nasty C or his babe admits to a split, y’all are better off assuming they’re still together. And oh, in case you missed it, Nasty C said he almost gave y’all a baby (song) just before Valentine. Wait for it.

Tags
Nasty C Sammie Heavens
John Israel A Send an email 15 February 2022
Back to top button
Close
We use cookies on our website to give you the most relevant experience by remembering your preferences and repeat visits. By clicking “Accept All”, you consent to the use of ALL the cookies. However, you may visit "Cookie Settings" to provide a controlled consent.
Cookie SettingsAccept All
Manage Privacy