It’s been a season of criticisms for the political class, especially several serving ministers in President Cyril Ramaphosa’s cabinet.

One such minister is that of arts and culture, Nathi Mthethwa, whose plans to spend R22 million on a monument flag have provoked outrage across South Africa.

One angry South African noted that her compatriots have taken bull shit from government officials for too long and should begin to hold them accountable.

Not a collective to be missing during a good fight, the Economic Freedom Fighters (EFF) had issued a statement condemning the planned flag monument, which it described as wasteful, a useless, fruitless and misguided use of taxpayer’s money. It recommended putting the funds to good use. 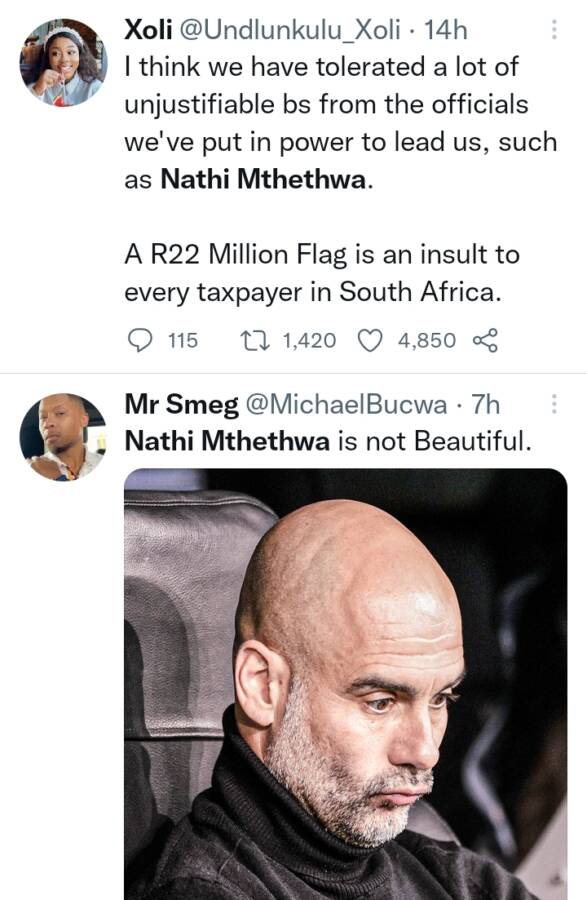 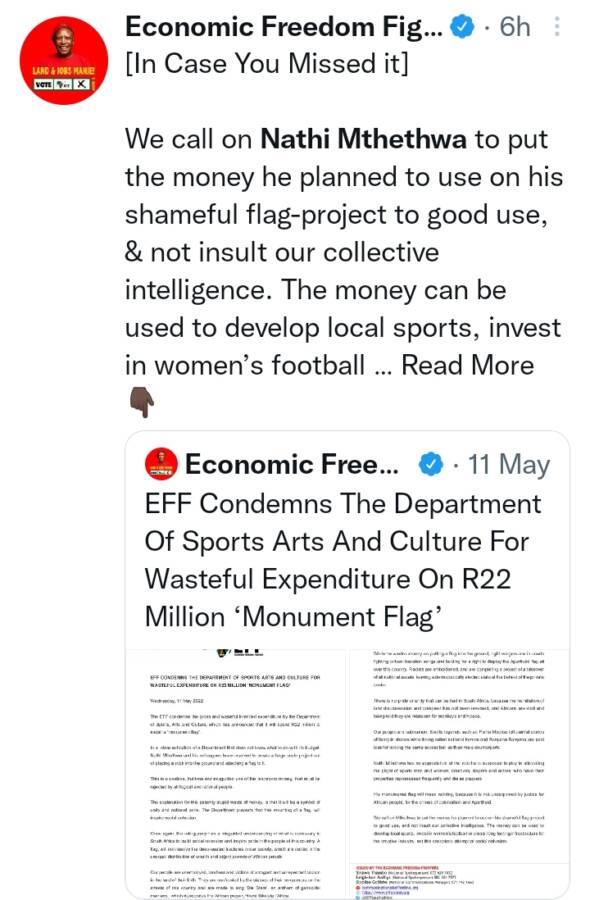 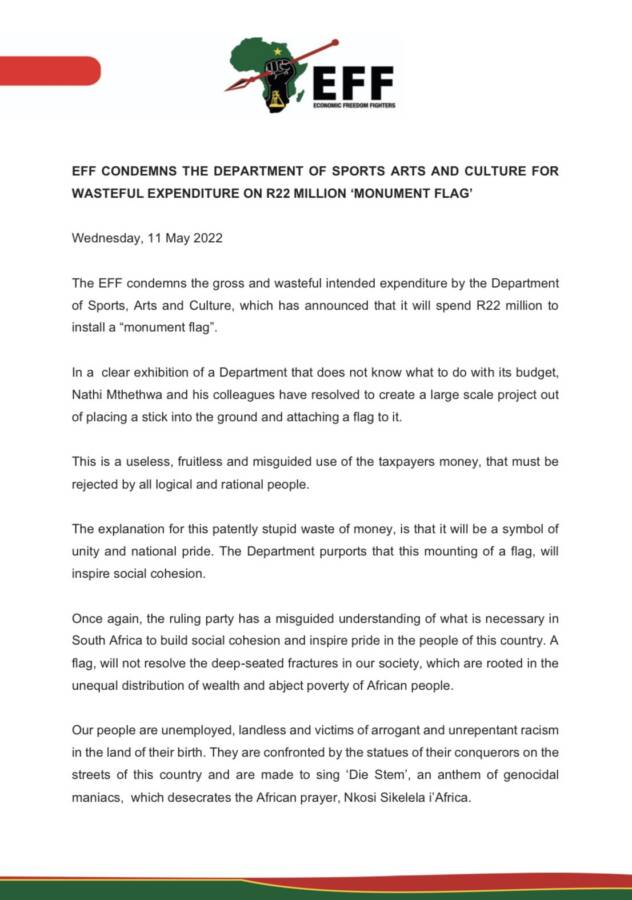 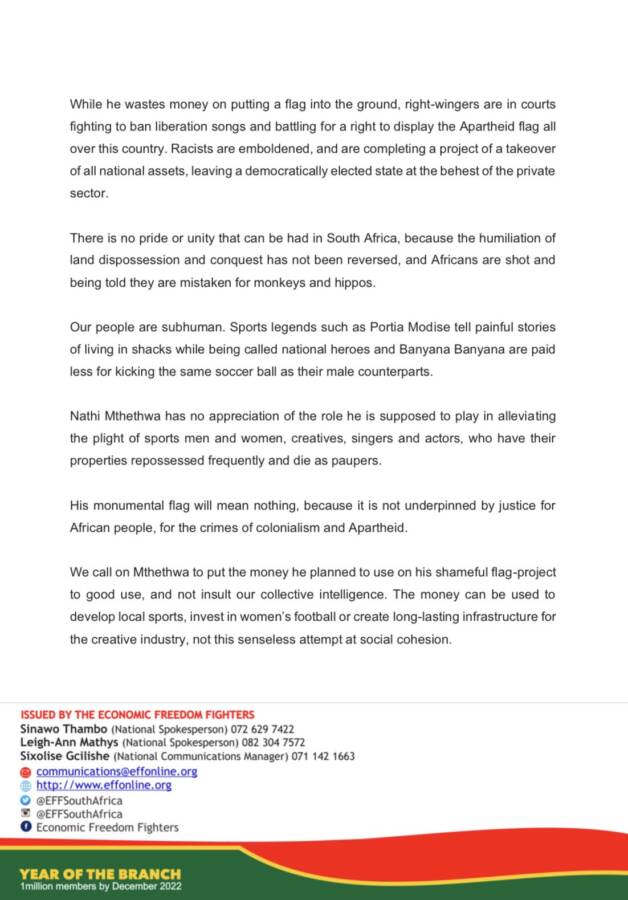 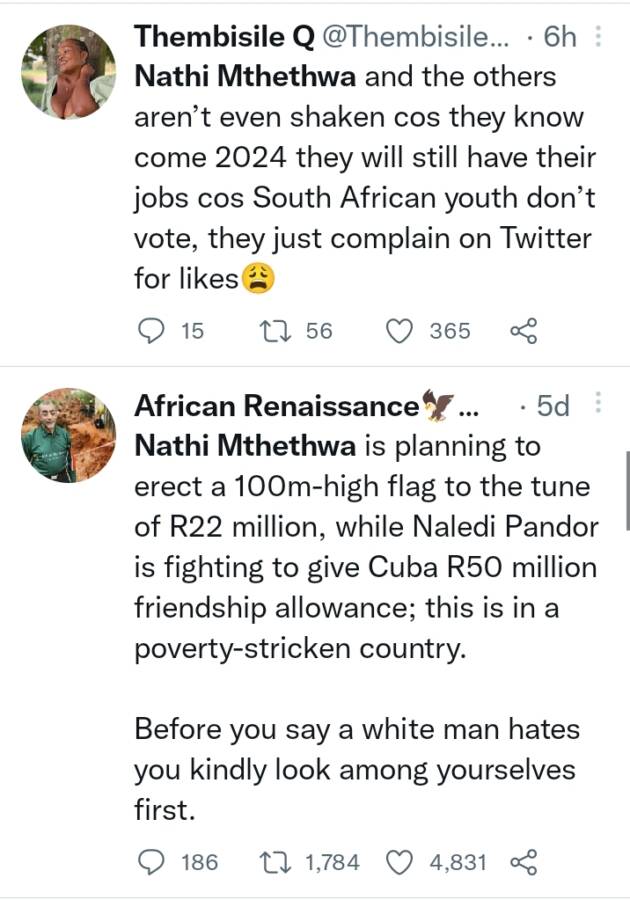 Another condemned the minister for being, well, “useless.” Of course, the minister isn’t out there replying to his critics. It remains to be seen what impact the massive criticisms will have.

While the arts and culture minister condemned for flag monument, elsewhere, another minister, Naledi Pandor, is being attacked for facilitating multimillion-rand loans for Cuba.

Tags
Min. Nathi Mthethwa
John Israel A Send an email 18 May 2022
Back to top button
Close
We use cookies on our website to give you the most relevant experience by remembering your preferences and repeat visits. By clicking “Accept All”, you consent to the use of ALL the cookies. However, you may visit "Cookie Settings" to provide a controlled consent.
Cookie SettingsAccept All
Manage Privacy