AKA‘s girlfriend Nelli Tembe has responded to those who said her engagement to the “Fela In Versace” rapper will end in tears. Apparently she has got no fs to give.

In case you missed it, AKA recently presently Nelli Tembe with an engagement ring and shared snaps of her wearing it. Incidentally, Nelli didn’t quite trend for the ring and engagement, but AKA’s immediate ex, DJ Zinhle, did.

Nelli Tembe doesn’t care about the people’s verdict on the imminent fate of her relationship with AKA. She laughed at those behind the verdict, instead, calling them trolls and letting them know that the joke is on them. 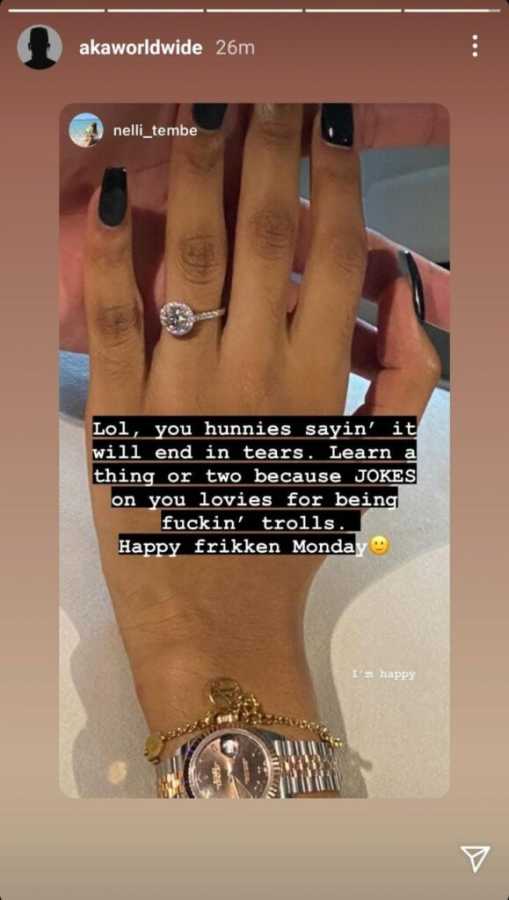 On his Instagram stories, AKA shared Nelli Tembe‘s take on the trolls’ verdict, indicating he shared her opinion.

The love between the two appears to be waxing stronger. Both have been effusive and public with their love. Last year Nelli Tembe bought AKA a Play Station 5 when it came out. AKA had hugged his gift affectionately, like a silly teenger, and shared photos of it with the world.