Mzansi rapper Gigi Lamayne has been selected as one of the women to watch in a list recently released by New York-based digital music distribution company Tune Core.

In a recent tweet, Gigi announced her selection for the list, dropping a note of gratitude while subtly acknowledging her international visibility with a hashtag. You can check out her post below. 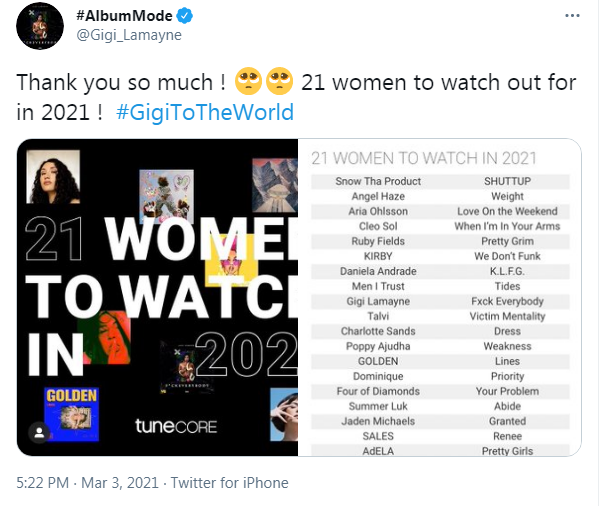 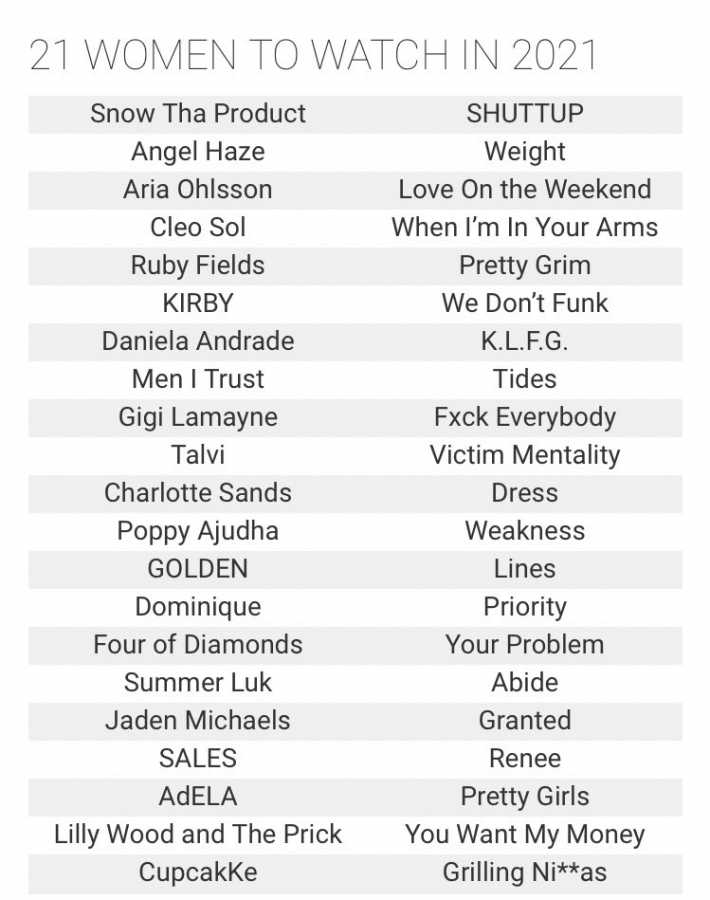 The songstress was apparently selected for the list on the strength of her latest number and 2021 debut, “F*ck Everybody.”  The songstress appears to have taken a leap into the New Year indifferent to a lot of things and to a lot of people as well.

After years in obscurity, Gigi Lamayne has managed to create a space for herself in the universe of South Africa’s music aristocracy.

The TuneCore honour is but one of many she has received. She had previously been selected as one of the most influential women in South Africa in a list covering some of the key figures in entertainment and other industries.

Well, what do you think of Gigi Lamayne making Tune Core’s 2021 Women To Watch list? You’re welcome to join the conversation by dropping your thoughts in the comment section below. Way to go!

Tags
Gigi Lamayne
John Israel A Send an email 4 March 2021
Back to top button
Close
We use cookies on our website to give you the most relevant experience by remembering your preferences and repeat visits. By clicking “Accept All”, you consent to the use of ALL the cookies. However, you may visit "Cookie Settings" to provide a controlled consent.
Cookie SettingsAccept All
Manage Privacy