Nomcebo’s “Xola Moya Wam” is the most shazamed song in Mzansi right now.

The blessings continue to pour in for Nomcebo Zikode and Master KG. The success that the two hit makers have achieved since the release of their joint hit song “Jerusalema” has been on a whole other level.

With the release of her debut album, Nomcebo dropped “Xola Moya Wam” featuring Master KG. The song became an instant success. It has already been certified Gold by the RISA. Now, she’s revealed that it is currently the most shazamed song in South Africa. Amazing right?

They are both out for blood, as “Jerusalema” has been announced to be the most shazamed song in the world right now. It is obvious that they two make a power duo in the industry. Hopefully they come through with more music together because we would definitely love to hear whatever else they deliver. 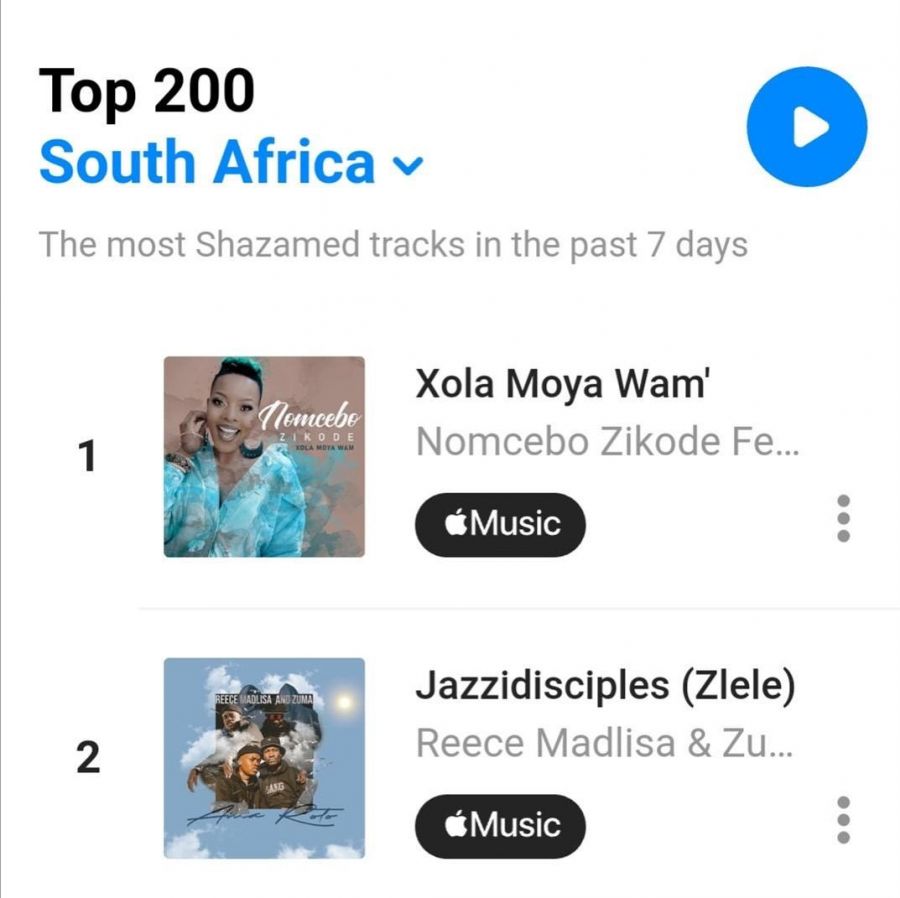