While some fans have condemned Master KG for the timing of his break up with girlfriend Makhadzi, Nomcebo, the singer with whom he’d released the soaraway single “Jerusalema” wouldn’t dwell on the same subject. She is focusing on her recently released album and has called Master KG an angel sent by God.

He called him that in a tweet yesterday 24 August. Master KG had praised the eponymous song in Nomcebo recently released “Xola Moya Wami” album, and in gratitude the songstress has called him God’s gift. 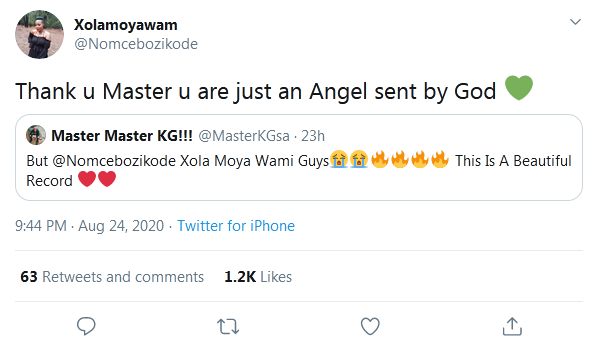 In case you are unaware, Master KG was instrumental to the production of some of the songs in the album and even featured on it. If you haven’t listened to the 9-track album, you may want to do so right away here.

By the way, Master KG is not alone in his verdict about the song. Many fans share his verdict and they speak fondly of the beauty of Nomcebo’s. You can check out screenshots of some fans’ reactions below. 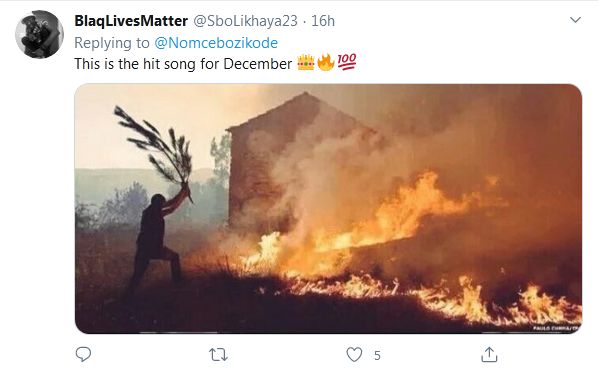 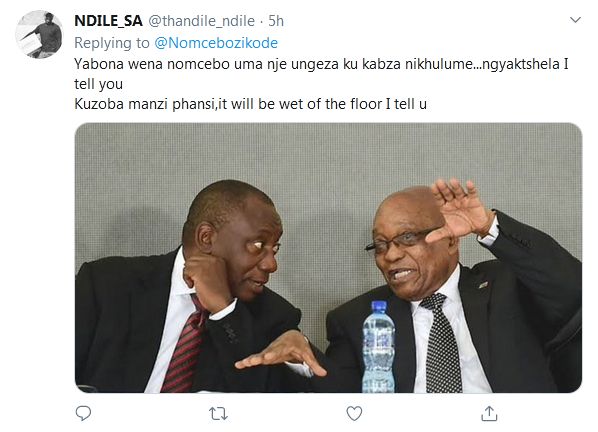 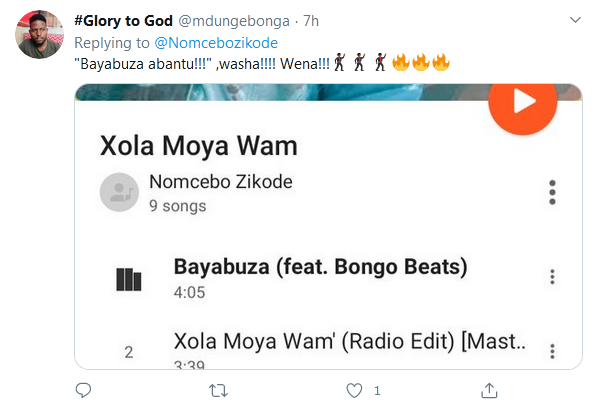 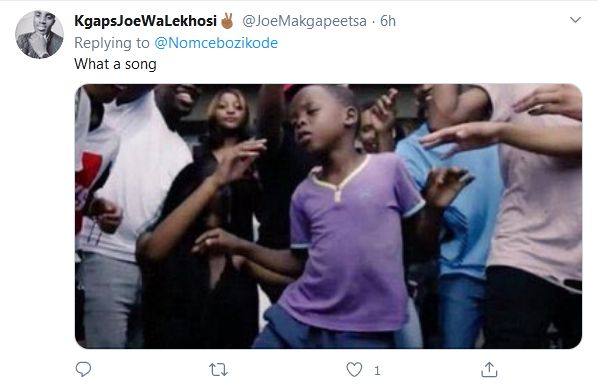 Well, do you agree with Master KG’s verdict on the song? Would you give the song the flame emoji as well? You may want to join the conversation by dropping your thoughts in the comment section below.

Tags
Master KG Nomcebo Zikode
John Israel A Send an email 25 August 2020
Back to top button
Close
We use cookies on our website to give you the most relevant experience by remembering your preferences and repeat visits. By clicking “Accept All”, you consent to the use of ALL the cookies. However, you may visit "Cookie Settings" to provide a controlled consent.
Cookie SettingsAccept All
Manage Privacy