The good times and accolades continue for South African singer Nomcebo. She’s just been given an award by a social justice advocacy group in Togo.

A delighted Nomcebo shared a picture of herself holding the award. In the caption, she made it clear it was another chance to represent her country.

Well, she wasn’t the only one excited about her Togo win. Responses in the comment section indicate her fans were just as pleased about her win, about the fact she’s reping  South Africa well abroad.

Nomcebo has been in South Africa’s music orbit for some time, but her name only started ringing like magic following the release of her “Jerusalema” song with Master KG. Within a short period of its release, the song had gone global, making Nomcebo and Master KG household names.

For the song as well as for he contributions to South African music generally, she had been honoured. The most recent honour was given to her by the AEA Foundation. You can check out the photo of the “Xola Moya Wam” hitmaker showing off her award below. 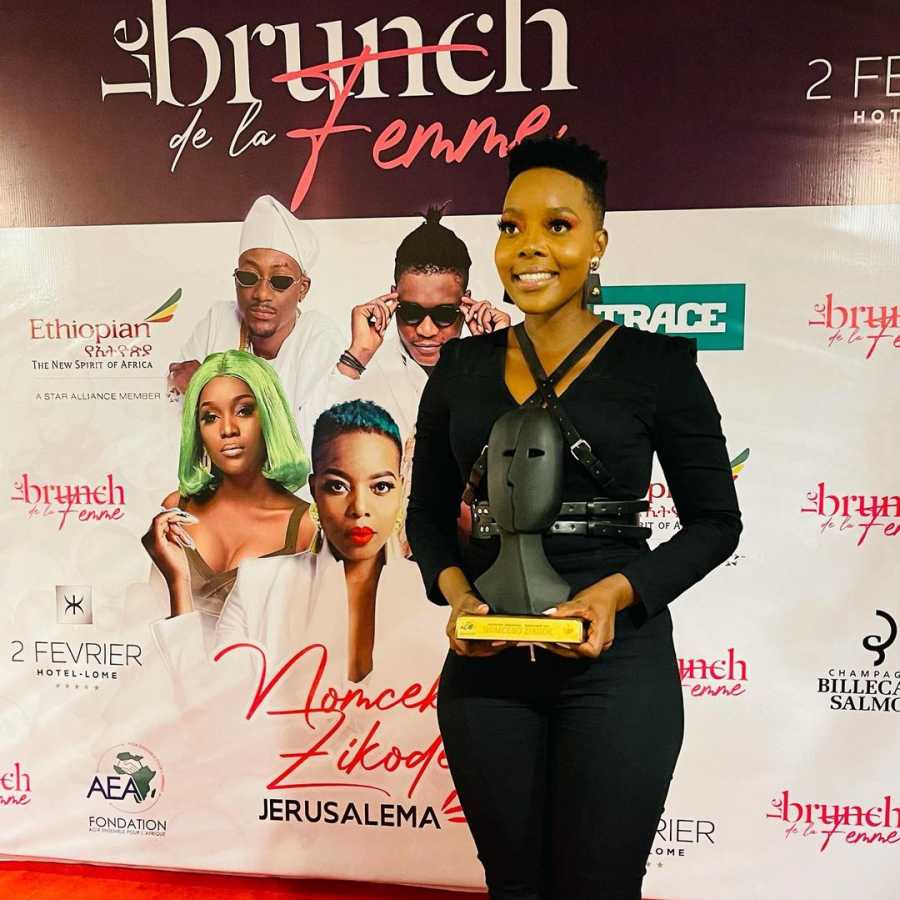 What do you think of Nomcebo’s togo win? You may want to join the conversation by dropping your thoughts in the comment section.