Coming To America 2 is one of the most anticipated movies yet, from the United States to South Africa. One person who has openly expressed excitement about the imminent movie is Nomzamo Mbatha.

Considered a classic, the original Coming To America  was first released in 1998. The John Landis-directed film featured several star guests, including Eddie Murphy. The movie is said to be based on a story written by him.

Clamour for a second part of the film has led to what is imminent.

Nomzamo Mabtha, A South African actress who is now based in the Los Angeles area of the United States, is part of the cast of the upcoming movie. Who in her position wouldn’t be excited?

She shared her excitement in a recent Instagram post, letting her 3.5 million followers know that she is thankful to be a part of the historic American romantic comedy film. She also informed her fans that the movie will be out on Amazon Prime on 5th March. 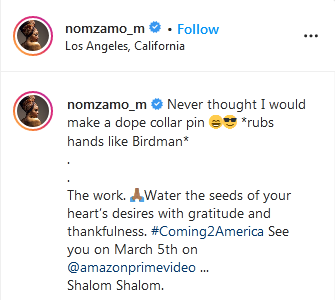 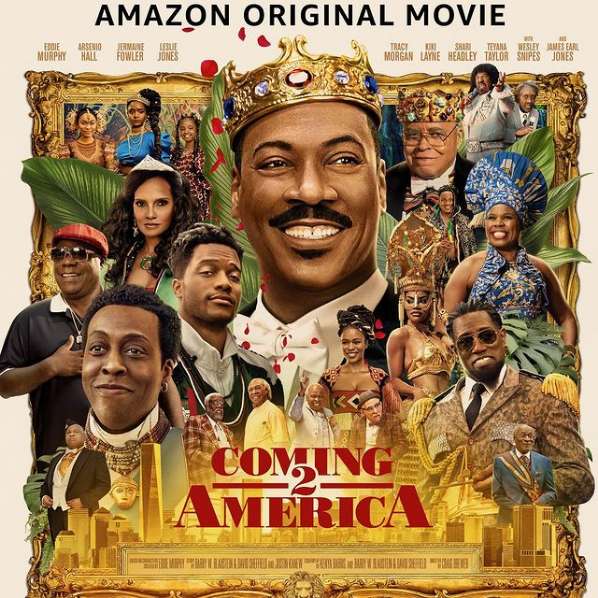 The responses to her   post indicated her fans and other celebs were just as excited for her.

Tags
Nomzamo Mbatha
John Israel A Send an email 2 February 2021
Back to top button
Close
We use cookies on our website to give you the most relevant experience by remembering your preferences and repeat visits. By clicking “Accept All”, you consent to the use of ALL the cookies. However, you may visit "Cookie Settings" to provide a controlled consent.
Cookie SettingsAccept All
Manage Privacy