The battle between Nota and Kwesta continues, with the controversial culture critic accusing Kwesta of embezzling RapLyf’s funds.

RapLyf is a record label which many believed was Kwesta but which now seems to be having ownership crisis.

In case you missed it, Kwesta recently lost control of his YouTube channel which has over 155k subscribers. Fans had wanted to know how he lost it, and he had claimed that he was denied a.ess to it. He didn’t give much details.

Nota, who was Kwesta’s former manager, had countered that Kwesta should tell the truth because some things weren’t just his.

A Twitter fan had urged Nota to give Kwesta his YouTube channel back, but Nota countered that he had given him all that belongs to him.

The same fan stated that Nota should have a sit-down with the “Dakar II” star, but Nota insisted that Kwesta knew what happened,accusing him of sabotaging the promotion of Kid X’s. He said that was one of the reasons he left as Kwesta’s manager, insisting he was transparent in his role as Kwesta’s manager. 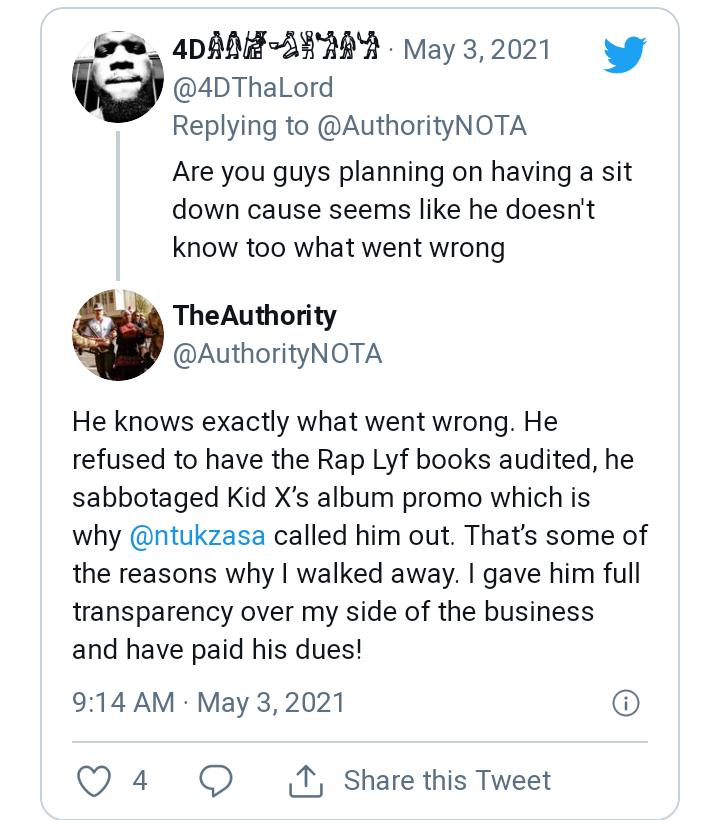 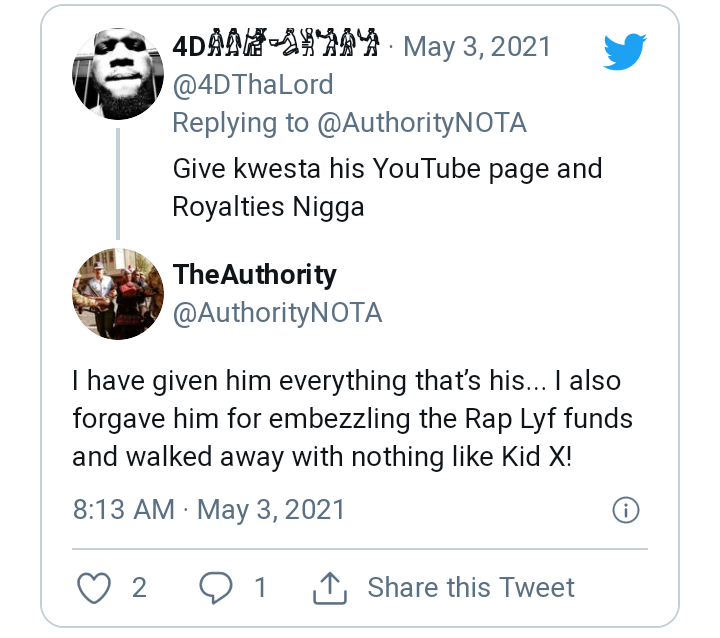 Do you think Nota was in earnest when he accused Kwesta of embezzling RapLyf’s funds? You might want to join the conversation by dropping your thoughts in the comment section below.

Tags
Kwesta Nota
John Israel A Send an email 5 May 2021
Back to top button
Close
We use cookies on our website to give you the most relevant experience by remembering your preferences and repeat visits. By clicking “Accept All”, you consent to the use of ALL the cookies. However, you may visit "Cookie Settings" to provide a controlled consent.
Cookie SettingsAccept All
Manage Privacy