Accused of defaming Black Block with his Instagram posts, controversial culture critic Nota Baloyi had also received a cease and desist from the DJ’s lawyers.

But Nota had fired another shot at the “Drive” maestro. Soon after that shot, he had alleged that Black Coffee sent the cops to assault him. He didn’t find the arrest funny and shared his misgivings online. 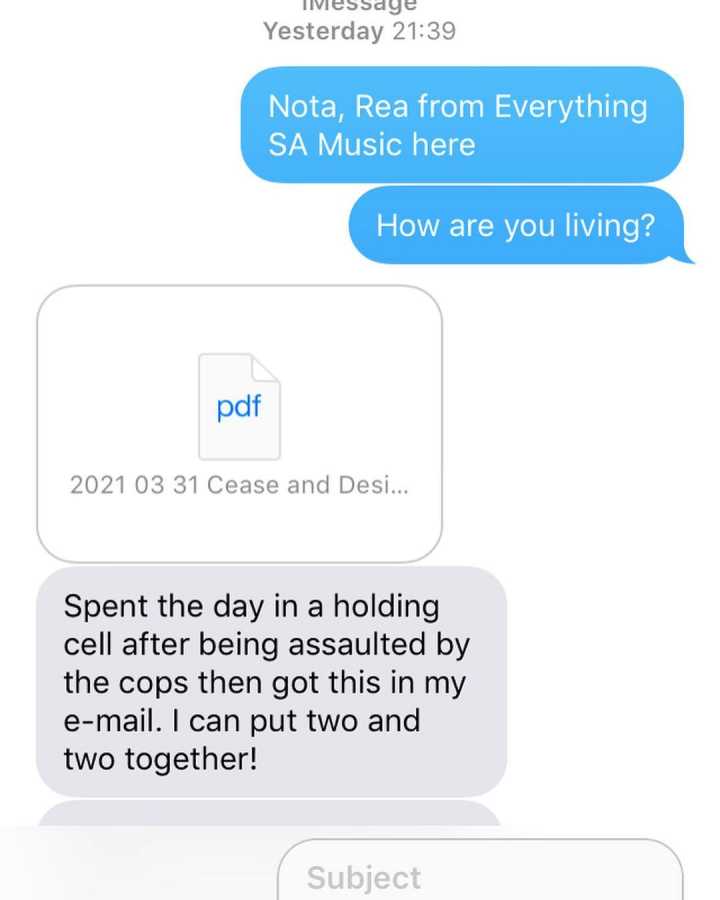 In an Instagram post, Nota had apologized to Black Coffee, letting the celebrated international disc jockey know that he had taken down multiple Instagram posts he made which Coffee found defamatory.  He said it was never his intention to defame Coffee. 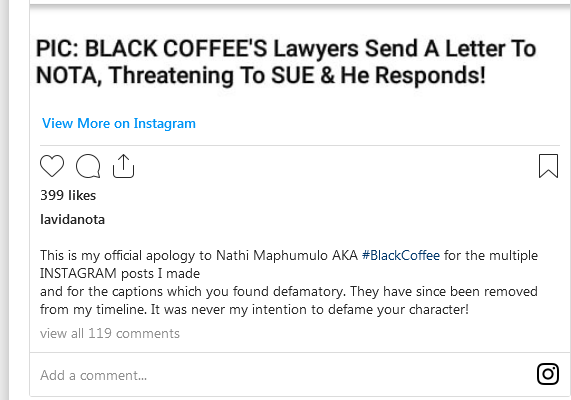 By the way, this isn’t the first time Nota had apologized for “annoying” Mzansi’s music notables. Previously, he had apologized to the producer Zoocci Coke Dope. But Coke Dope, who had once accused South African musicians of not knowning how to put albums together, spurned the apology.

It appears whoever is behind his arrest isn’t mollifies just yet. Suspecting it is Black Coffee, Not is applying for a protection order against the DJ and against the cops he allegedly sent.

What do you think, though. You may want to share your thoughts in the comment section below.