When Nota Baloyi starts tweeting, know there is something up. He never stops until he has shared his entire opinion. This time, he is dragging “Podcast And Chill” co-host Sol Phenduka who he claims is a sell-out and a backstabber.

Earlier today, Kaya FM announced that the station welcomed new hosts Dineo Ranaka and Sol Phenduka to kick off a new show on July 1st. Since the announcement was made, “congratulations Sol” has dominated the trends on Twitter. Well, Nota Baloyi is not having.

He has since taken to his page to slam to new Kaya FM star for being a “sell-out.” According to him, he advised MacG not to trust Sol but the podcast host did not listen. He revealed that Phenduka stabbed MacG in the back for a mere salary after using him to revive his career.

He tweeted, “they’ll call you family and stab you in the back for minimum payment.” He urged MacG to fire Sol now “to save himself and all the chillers the trouble”. He also claimed that Sol paid to sponsor the trend “Congratulations Sol” on Twitter. Check out the tweets below. 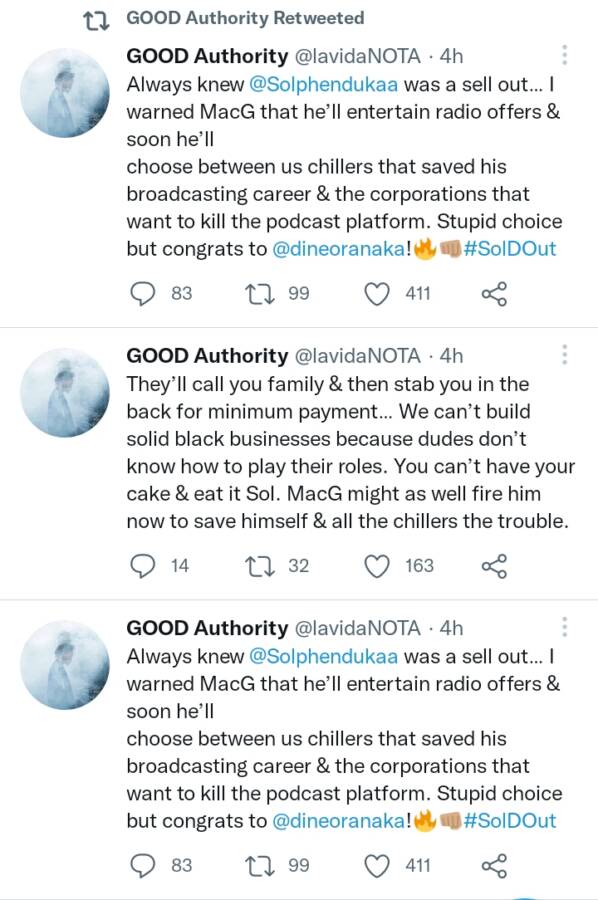 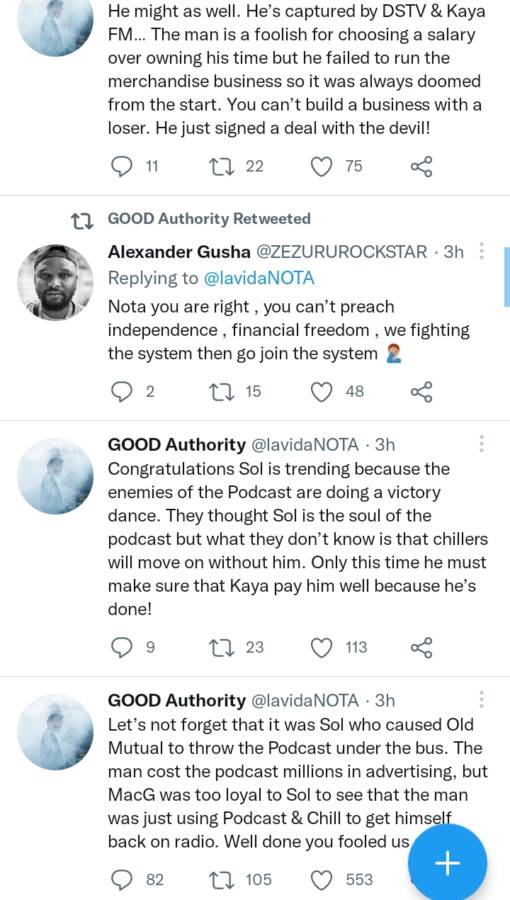 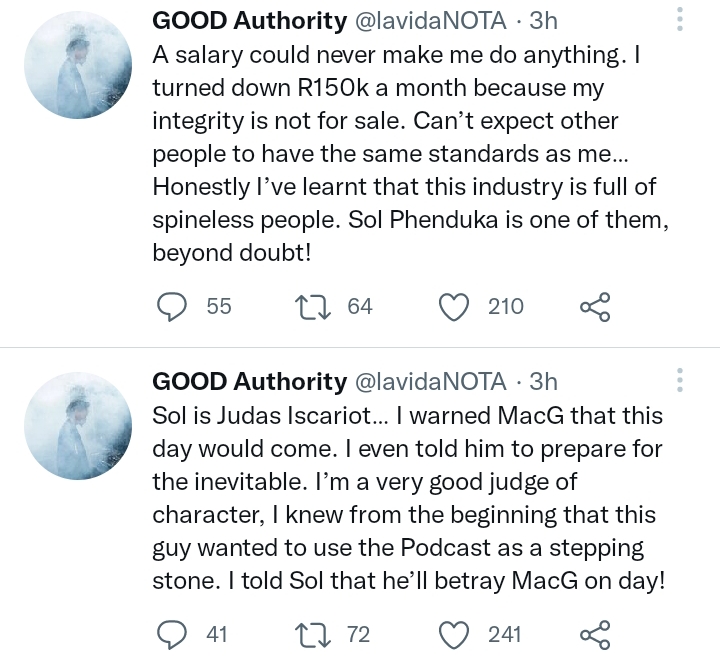 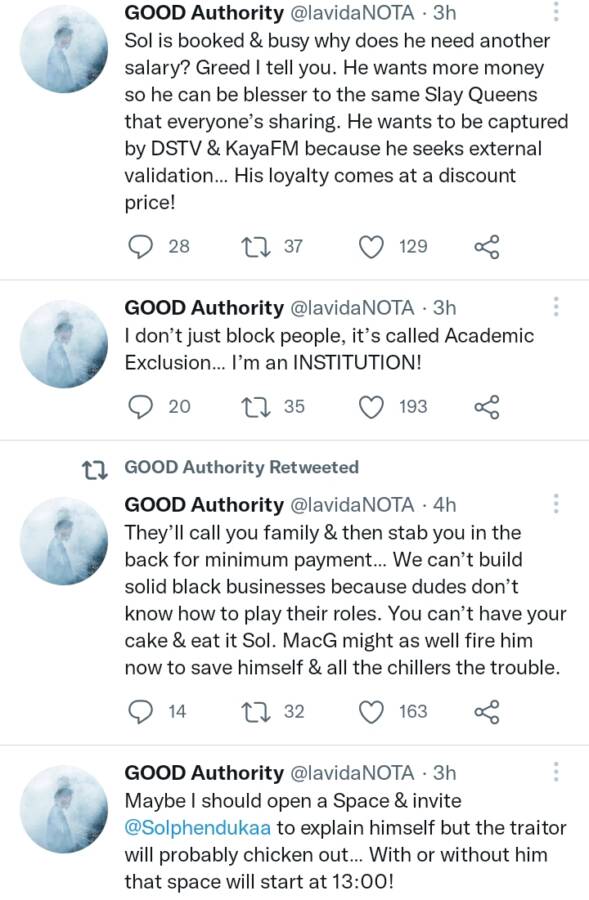 Tags
Kaya FM MacG Nota Sol Phenduka
John Jabulani Send an email 15 June 2022
Back to top button
Close
We use cookies on our website to give you the most relevant experience by remembering your preferences and repeat visits. By clicking “Accept All”, you consent to the use of ALL the cookies. However, you may visit "Cookie Settings" to provide a controlled consent.
Cookie SettingsAccept All
Manage Privacy