When we thought the claims of homophobia against Cassper Nyovest was over, controversial culture critic NOTA returns with the same “homophobia” narrative.

For context, South African rapper Riky Rick had committed suicide in his studio on February 23, sending shockwaves across South Africa. Tributes started pouring in for him almost immediately.

In a tribute tweet, Cassper Nyovest had noted a point when he was being interviewed and someone crept from behind and hugged him. Cass noted he’s uncomfortable with a man getting too close physically to him or even touching him.

But when he realized it was Riky Rick who hung him from behind, he calmed down. Riky was a buddy and at some point, they considered each other brothers. 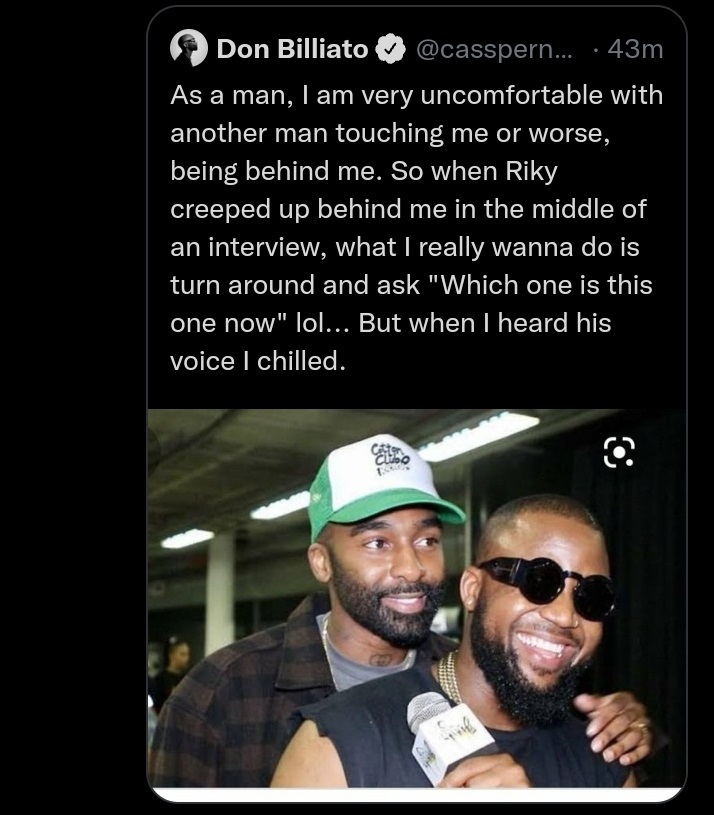 Well, in a recent interview, NOTA described the tweet as homophobic. Actually, he isn’t the first to insinuate the tweet was homophobic. Mohale Motaung had made a similar claim in a tweet. He, however, deleted the tweet when social media users called him ignorant because they insisted there was nothing homophobic about the tweet.

NOTA is the latest to throw a missile at Cassper over that tweet. Will the public come for him as well? You can check out the video interview below.

Tags
Cassper Nyovest Nota
John Israel A8 March 2022
Back to top button
Close
We use cookies on our website to give you the most relevant experience by remembering your preferences and repeat visits. By clicking “Accept All”, you consent to the use of ALL the cookies. However, you may visit "Cookie Settings" to provide a controlled consent.
Cookie SettingsAccept All
Manage Privacy