South African rapper Kwesta is apparently no longer in control of his old YouTube channel which has over 150k subscribers. This much became obvious when the “DAKAR II” champ uploaded the music video of his “Fire in the Ghetto” song to a different YouTube channel (OfficialKwesta).

A curious fan had wondered what happened to his old YouTube account and he had explained that he was being intentionally locked out of it. 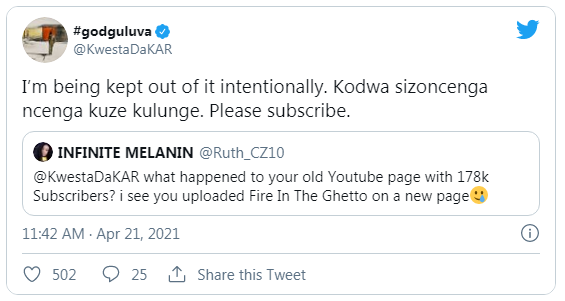 His explanation didn’t sit well with his former manager Nota Baloyi, who implored him to be honest in the matter.

Nota went on to explain that as Kwesta’s manager, he had helped the songster build his social media following to over a million but that he wasn’t paid for all it took to build that. While not asking Kwesta to thank him, he urged Kwesta not to show “brat-titude.”

He continued, stating that Africori is unable to access Vevo and that Urbantainment, which he’s apparently part of, would not surrender everything for Kwesta to continue to exploit without compensation. Nota insists the YouTube channel wasn’t Kwesta’s in the first place.

Also, he accused Kwesta of weaponizing the fan base he built. You can check out his tweets below and share your thoughts. 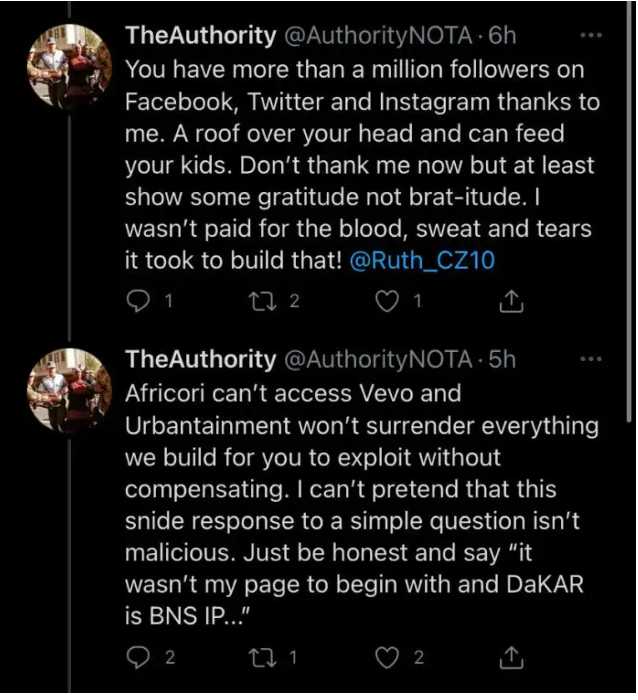 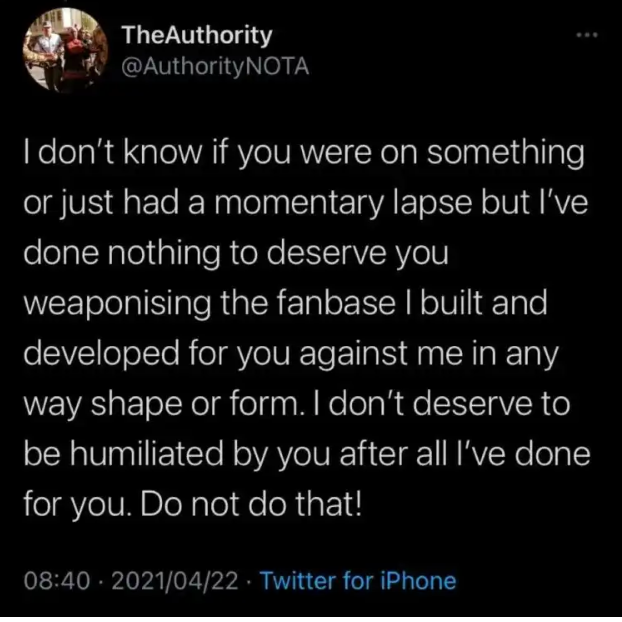