You cannot list Disc Jockeys and producers who have taken South African music to significant heights without mentioning DJ Maphorisa. He has not just helped bring our music beyond borders. Phori has supported and promoted some of the most prominent artists and producers on the scene today.

Sadly, he often gets criticized on social media. Weighing in on a lot of the criticism the “Soweto Baby” gets, Nota took his side and slammed his haters. He revealed that Maphorisa “housed us, fed us, and helped us feed ourselves.” He also stated that he would never bite the hand that fed him.

He stated his disgust at the Phori slander and labeled his haters “f*cking k*ffirs.” Everyone knows how much Nota likes to speak his mind at all times. Several tweeps have hailed him for his honesty. We wonder what Maphorisa thinks of it. 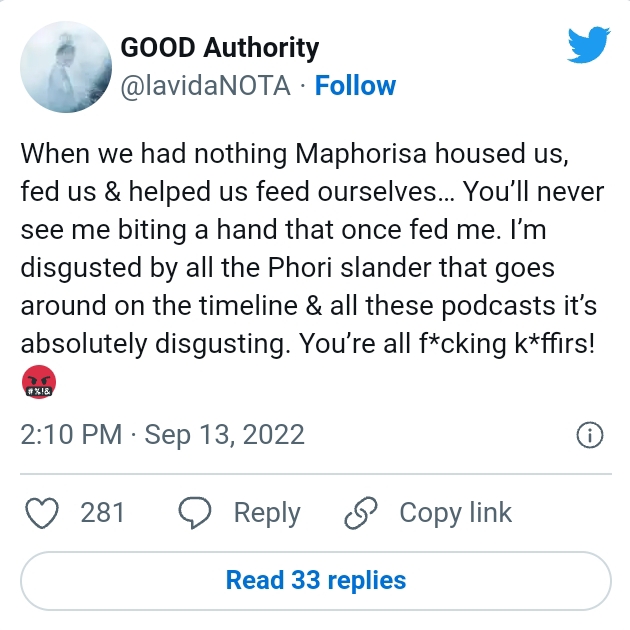 Tags
Dj Maphorisa Nota
John Jabulani Send an email 14 September 2022
Back to top button
Close
We use cookies on our website to give you the most relevant experience by remembering your preferences and repeat visits. By clicking “Accept All”, you consent to the use of ALL the cookies. However, you may visit "Cookie Settings" to provide a controlled consent.
Cookie SettingsAccept All
Manage Privacy