Fans did not expect what’s currently happening with Intaba Yase Dubai. In everyone’s mind, he was featured on a huge song, and he gained so much from it. Sadly, that was not the case.

Intaba Yase Dubai shocked everyone when he shared that he did not get a cent from the song. Recall that “Mali Eningi” amassed millions of streams after release. While Zulu’s label has shared a statement to prove that he paid Ambitiouz Entertainment royalties from the song, AE claims to have also paid Intaba. A claim the now-retired artist calls false.

Following a recent tweet by Rashid Kay about the drama, NOTA has labeled him a “fraud”. He slammed him for not calling Big Zulu out in the drama. Rashid Kay has only faulted Big Zulu for not including Intaba Yase Dubai on the split sheet for royalties. 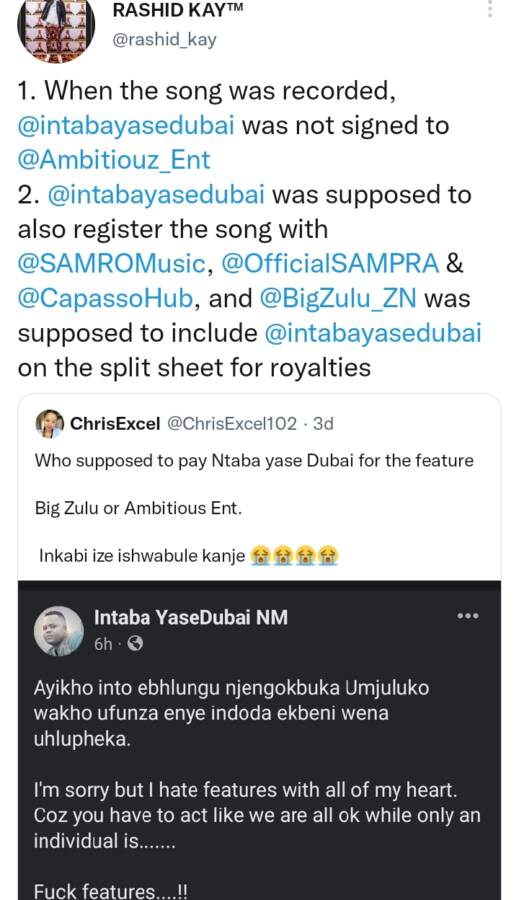 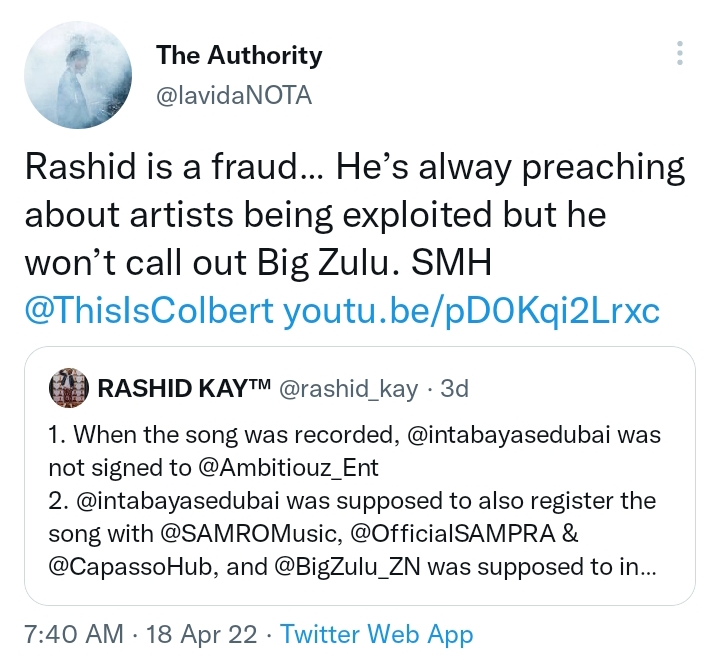 Tags
Big Zulu Intaba Yase Dubai Nota Rashid Kay
John Jabulani19 April 2022
Back to top button
Close
We use cookies on our website to give you the most relevant experience by remembering your preferences and repeat visits. By clicking “Accept All”, you consent to the use of ALL the cookies. However, you may visit "Cookie Settings" to provide a controlled consent.
Cookie SettingsAccept All
Manage Privacy