South African television personality Ntando Duma has updated fans on the progress she’s making with the house she’s building for her mother.

She had previously shared a picture of the progress made. In a recent tweet, she shared a newer picture, indicating much progress has been made since she shared the first picture

Previously, the house had not paint. Now the house gleams with paint, among others. For Ntando Duma, building her mother a house is the proudest highlight of her existence as a person.

You can check out the before and after pictures of the house she shared on Twitter. The post has got great traction online, with over 30k likes and over 1k retweets. 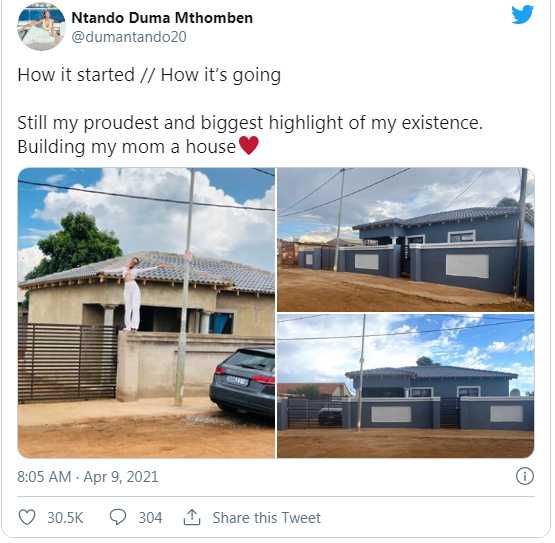 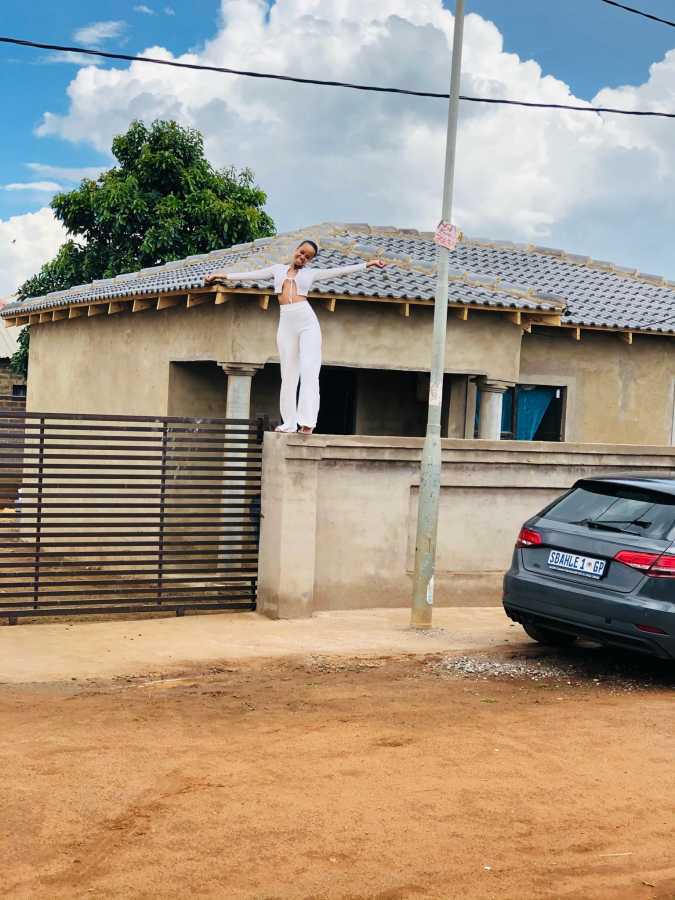 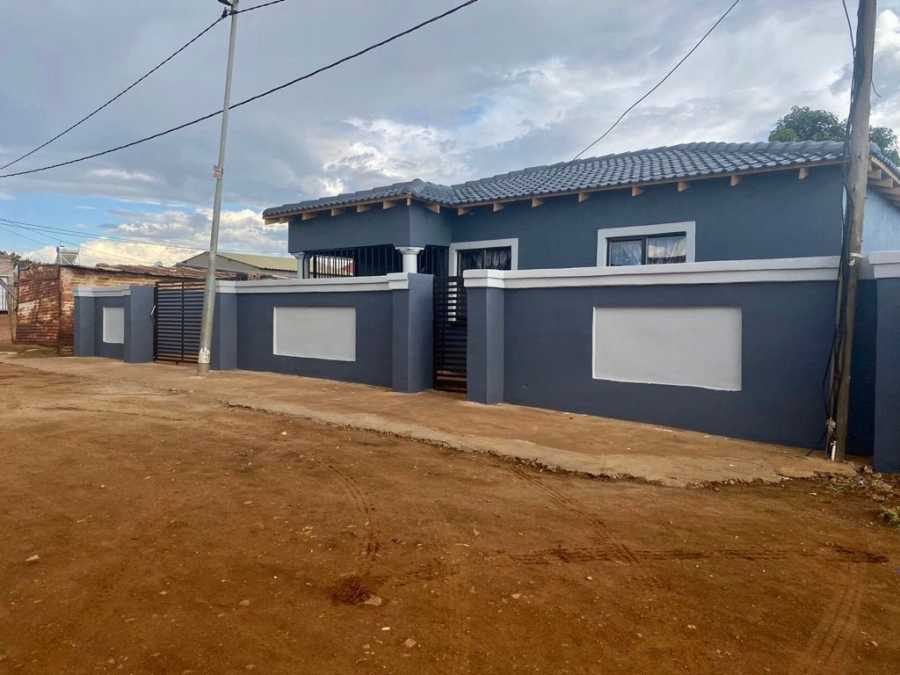 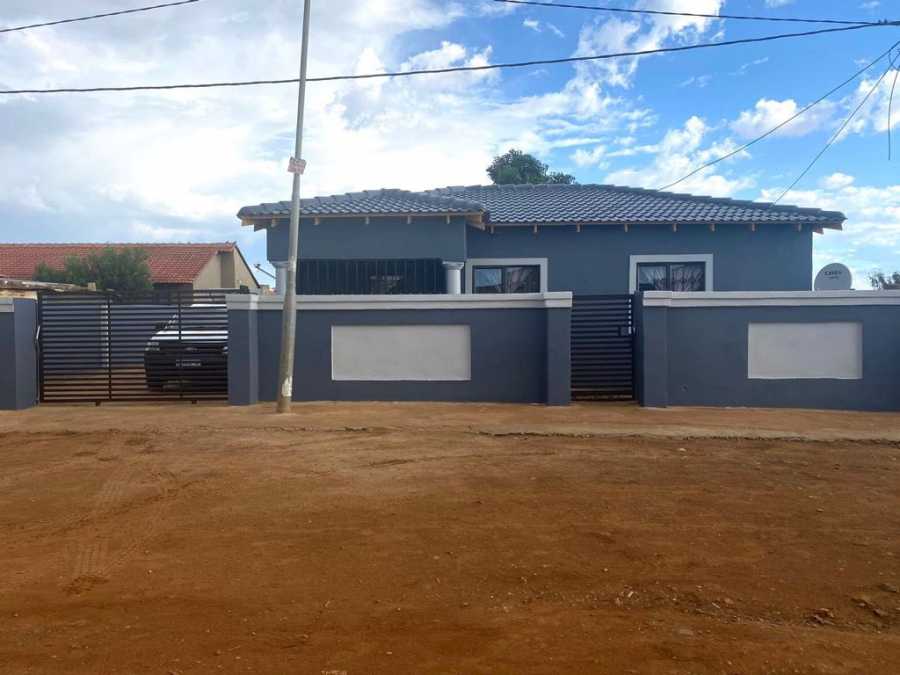 Ntando Duma is but one of several Mzansi celebs to has gifted a parent or both a house. Another notable figure who has done the same is Heavy K, who bought his father a house years ago.

By the way, Ntando Dma’s fans are just as excited for the house she’s built for her mother. This much was evident in the storm of congratulation her tweet elicited.

What do you think of the current progress on the house Ntando Duma is building for her mother? You nay want to share your thoughts in the comment section below.

Tags
Ntando Duma
John Israel A Send an email 11 April 2021
Back to top button
Close
We use cookies on our website to give you the most relevant experience by remembering your preferences and repeat visits. By clicking “Accept All”, you consent to the use of ALL the cookies. However, you may visit "Cookie Settings" to provide a controlled consent.
Cookie SettingsAccept All
Manage Privacy