Ntando Duma has got a banging body and has no qualms showing off. This much became apparent, once again, a day ago, when she shared a picture of her rocking a flimsy outfit – or monobikini.

Her caption indicated she is out living her life on her own rules, and the world may think and say whatever it likes. She signed off her post indicating she will do whatever she wants to.

For the benefit of those who might still not understand her message, she gave her location as “Where’s there’s zero f@&cks given.” In spite of her position, it was clear some of her fans were not prepared to listen to her and buff just off. 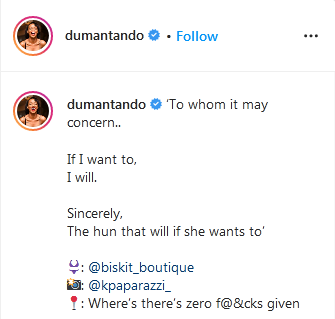 The picture has gained much traction online, with her fans and celebs commenting on how she looked. A couple of the flame emojis from some fans indicated they were charmed by what she shared.

While some of her fans commended her monobikini, some thought she revealed too much in her bikini. You can check out the bikini pic that’s still generating comments online. 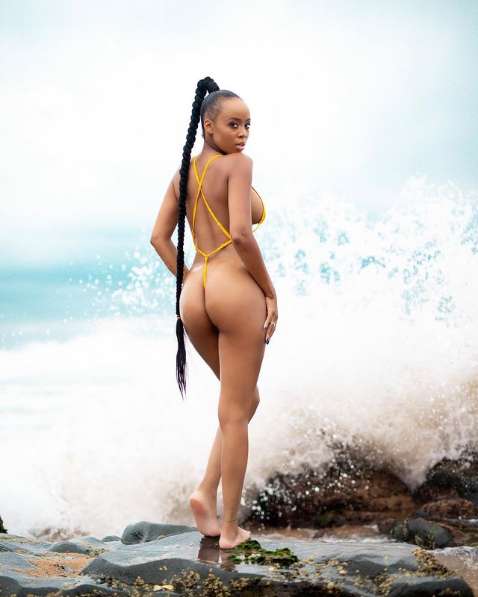 What do you think of Mtando Duma’s bikini pics? You’re welcome to join the conversation by dropping your thoughts in the comment section below.