We dont know if you’ve heard by Mzansi poet and activist, Ntsiki Mazwai is taking a stand against a lot of the crimes committed against women. She isn’t letting anything hinder her from doing so, not even previous tweets from her discrediting another woman’s alleged rape story.

In June, the popular activist was reported to have insinuated that Mzansi singer, Lady Zamar was telling lies against her ex-boyfriend, Sjava. She had tweeted at the time “Guys, if Lady Zamar lied about rape, then what is the way forward?” which led to a lot of backlash. Some followers called her out for siding Sjava because he’s a celebrity.

Now, realizing her mistake, the Mzansi star is apologising for it. Taking to Twitter, she stated that she understands what everyone who spoke against the tweet meant. She also apologized for it. 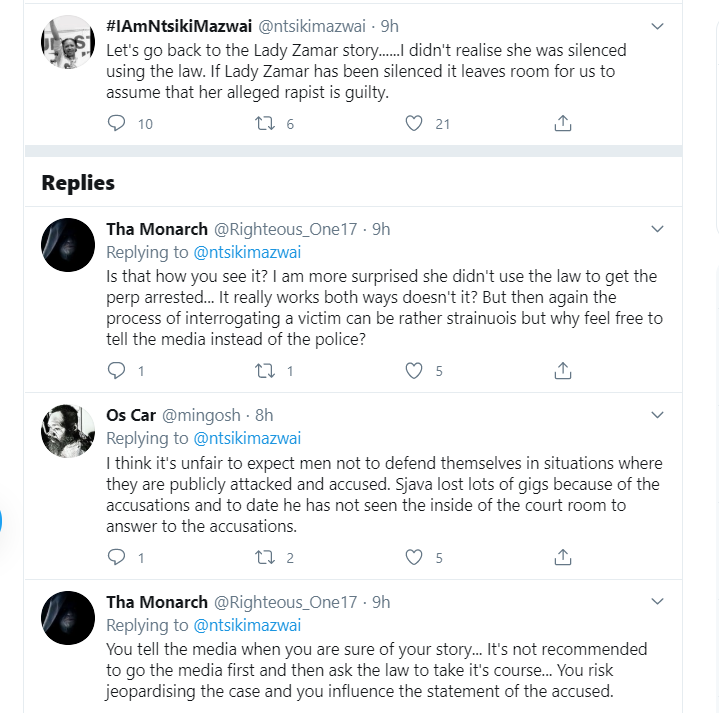 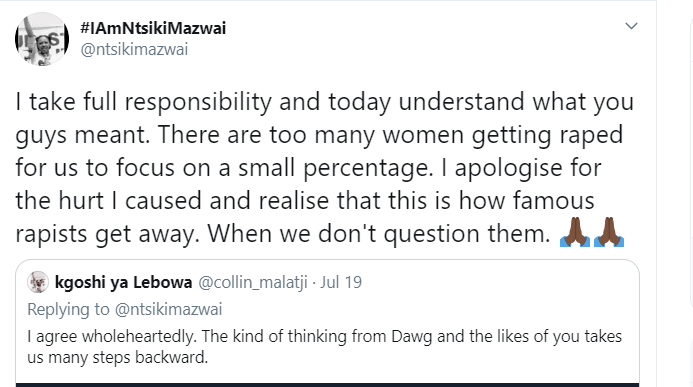 Tags
Ntsiki Mazwai
John Jabulani20 July 2020
Back to top button
Close
We use cookies on our website to give you the most relevant experience by remembering your preferences and repeat visits. By clicking “Accept All”, you consent to the use of ALL the cookies. However, you may visit "Cookie Settings" to provide a controlled consent.
Cookie SettingsAccept All
Manage Privacy