What has Ntsiki Mazwai been up to recently? She was in the vanguard of those calling for the heads of DJ Fresh and DJ Euphonik when a lady popped online claiming the two DJs raped her and her friends.

Ntsiki Mazwai had been silent after the employer of both DJs, Primedia Broadcasting, announced the termination of their contracts as a result of the rape allegations levelled against them. The company had clarified that it didn’t arrive at that decision because it considered the allegations true but because it has to protect its brand.

Hitherto silent about the termination of the duo’s contracts, she had tweeted today 11 February, Stating that South Africa DJs have been silent over the case because all of them are rapists.

In particular, she accused Euphonik of having popularized calling her dirty long before the rape case against him popped online. At the time he had allegedly called her dirty, he had allegedly physically assaulted his girlfriend Bonang and Ntsiki Mazwai had spoken out about it all. 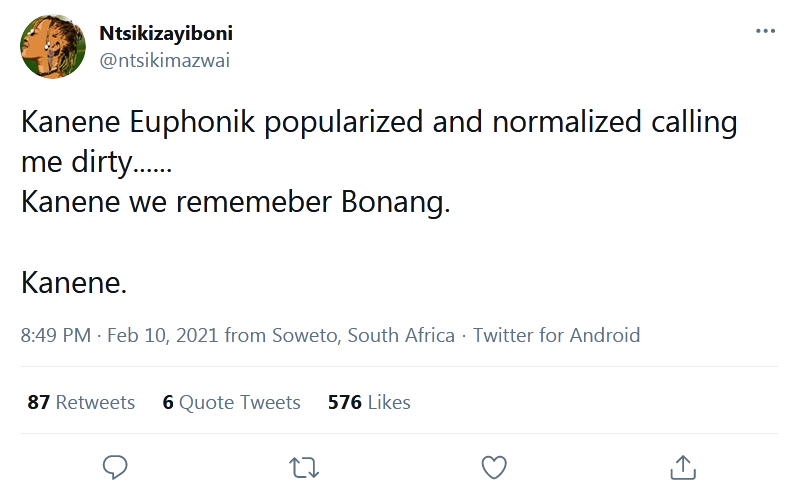 Well, what do you think about Ntsiki Mazwai’s verdict on South African DJs? You might want to join the conversation by dropping your thoughts in the comment section below. Do.