Ntsiki Mazwai Erupts again. After what appears to be a truce with MacG and his Podcast And Chill crew, the controversial anti-GBV advocate has dismissed fans of the show as idiots.

In a tweet today, Tuesday, May 17, she noted “with all due respect” that fans of the Podcast, collectively k own as chillers, are nothing more than beautiful but empty-headed peeps who spend time just laughing loud at stupid things. 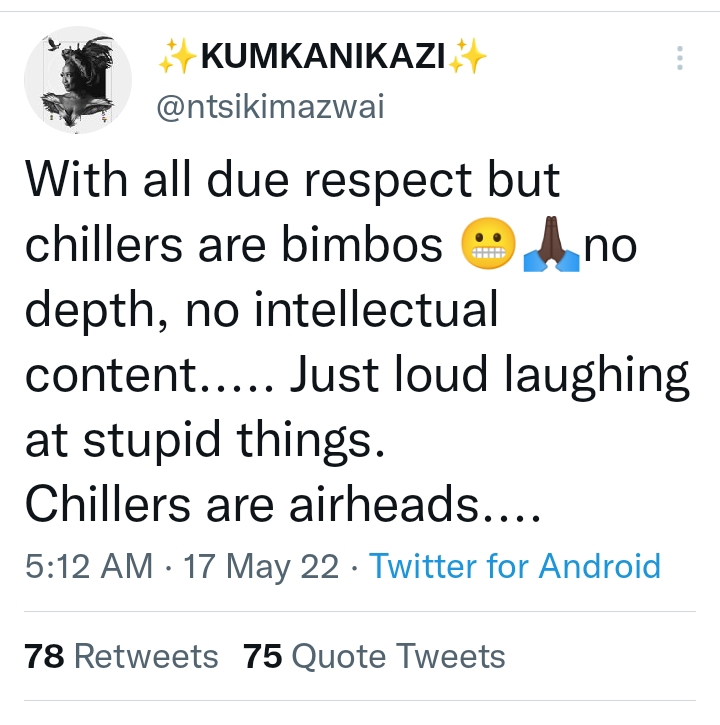 Her latest outburst follows a previous spat with the Podcast when she was invited for an interview but declined, saying she would only appear if she’d be paid. MacG had mocked her for demanding 70k back then.

Anyway, she later made it to the show, where she spilt the tea on some aspects of her life and family.

Apparently, some peeps were not impressed with her, and they noted she’s always quick to accuse people of hating on her, while in most instances she’s doing the same to others and is usually the first to start it all.

She was there with MacG laughing loud, she did this for Chillers, people she call "airheads" today. I hate it here 😭 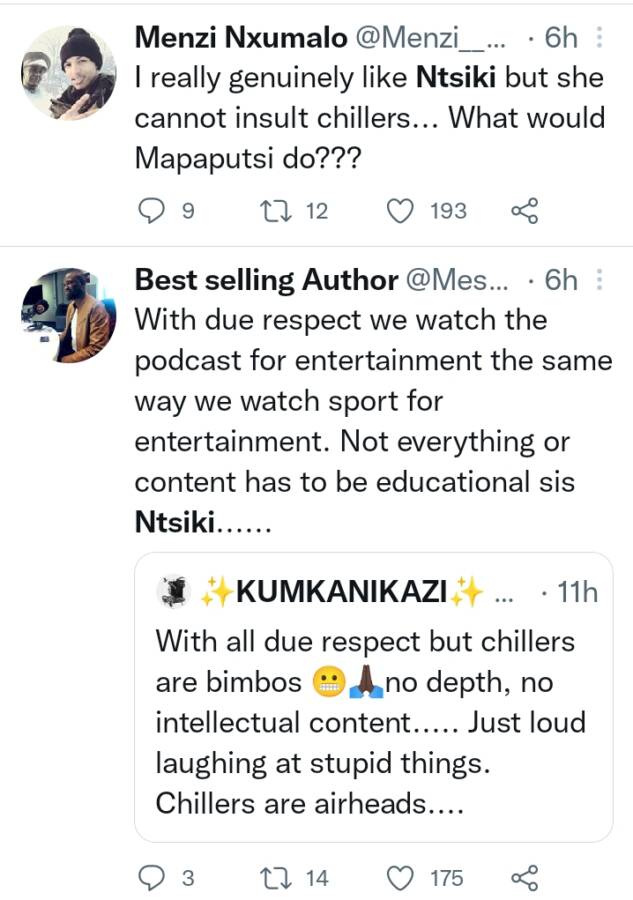 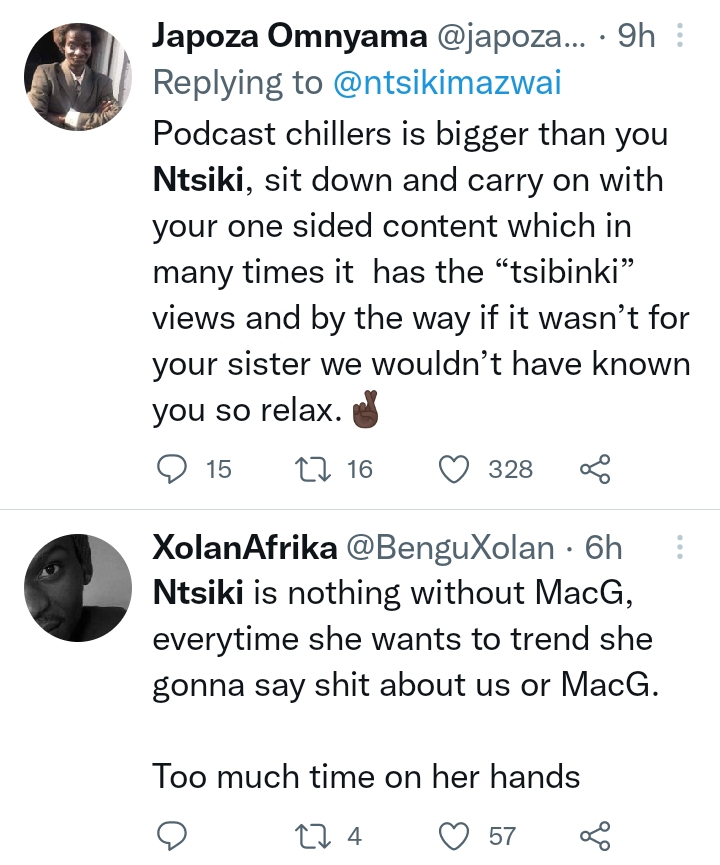 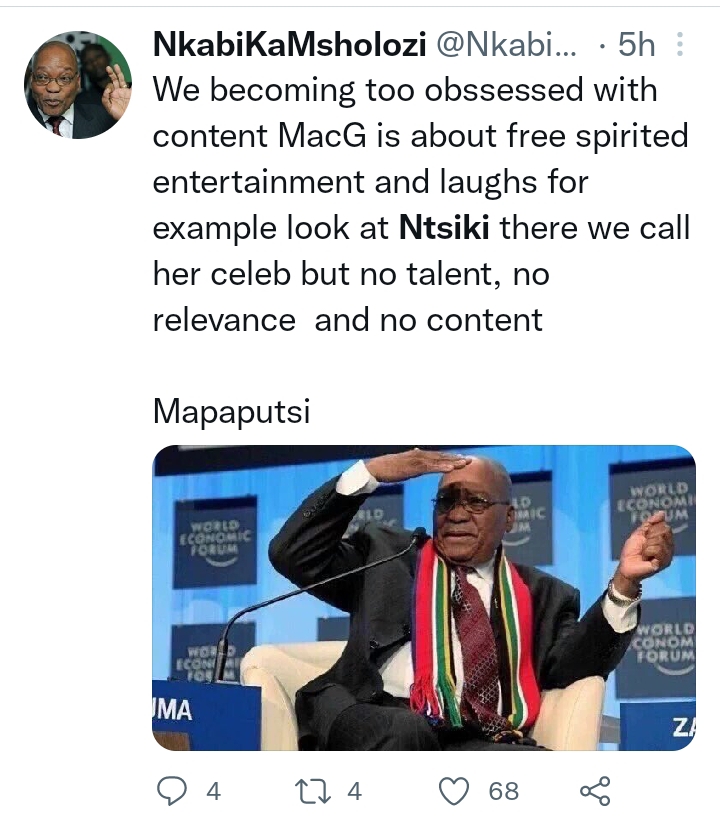 Ntsiki Mazwai is always known to speak her mind. So her current outburst might not come as a surprise to those who truly know her. And it would be her last, either.

Tags
Ntsiki Mazwai
John Israel A Send an email 17 May 2022
Back to top button
Close
We use cookies on our website to give you the most relevant experience by remembering your preferences and repeat visits. By clicking “Accept All”, you consent to the use of ALL the cookies. However, you may visit "Cookie Settings" to provide a controlled consent.
Cookie SettingsAccept All
Manage Privacy