Ntsiki Mazwai has ignited controversy again with her take on the recent premiere of the flick Izangoma Zodumo on Mzansi Magic.

The flick aimed to give viewers glimpses into the everyday life of traditional healers or sangomas. Ntsiki Mazwai, who claims not to have watched the show, was unimpressed and denounced it outright, even calling for the heads of the producers.

She added that blacks are damaged to the point that they degrade and mock themselves for the benefits of the whites. She warned that ultimately Izangoma Zodumo  might provide a pedestal for anyone to disrespect African spirituality and spiritual healers (sangomas).

She ended up calling black people moneys, which infuriated some of those following the conversation on Twitter. One of her followers tried to educate her on the dangers of using insults when trying to pass a message. Check out the conversation below 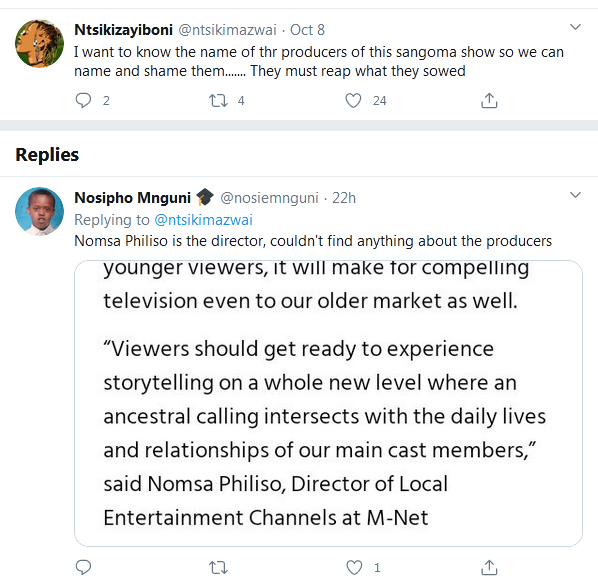 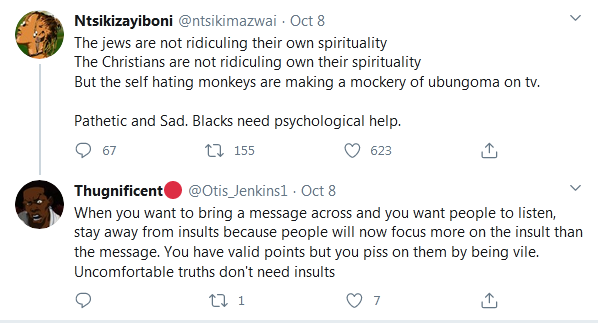 Well, have you watched the show? What do you think of Ntsiki Mazwai’s take on it? You might want to join the conversation by dropping your thoughts in the comment secction below.