Valentine’s day has come and gone but the day might remain to some fans of the GBV activist and poet Ntsiki Mazwai. On that day, which the world has long recognized as a day of love, she took a dip in the pool, buck naked and shared her nude form with the world.

“Good Morning,” she captioned the photo she shared of her naked form, dropping to hands on face emoji she was somewhat nervous or shy – or just playful sharing the picture. You can check it out below. 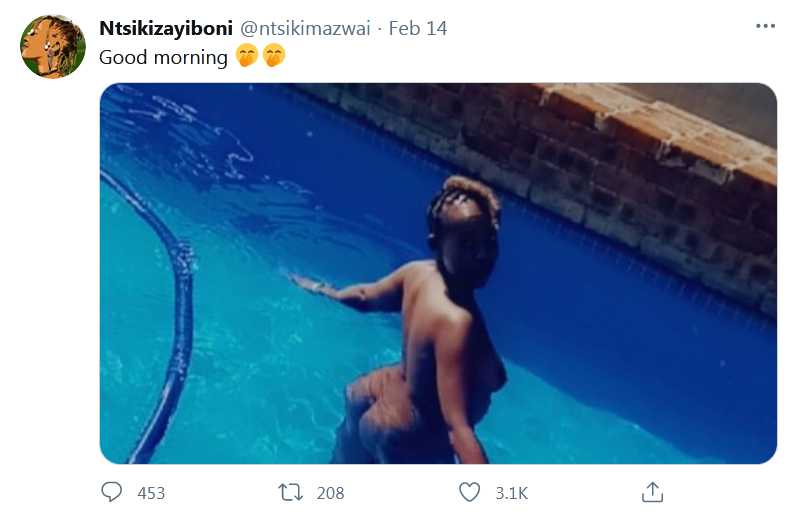 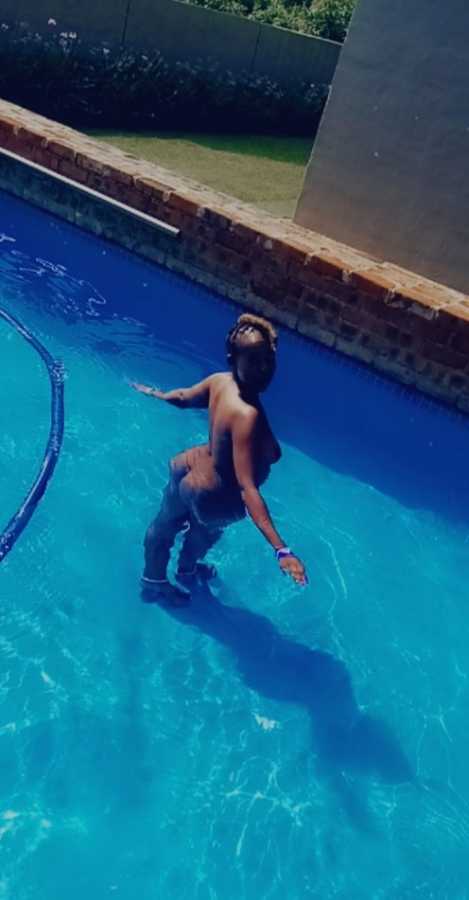 Ntsiki Mazwai‘s post generated mixd reations, some of them favourable, some of them not quite so. Some praise her figure; some urged her to cover up; others merely shared their emotions and feelings with emojis.

By the way, Ntsiki Mazwai was one of those who supported Madikizela when she instituted a a sexual assault case against DJ Fresh and Euphonik. She had alleged that the pair sexually assaulted her in 2011 during a time out. The pair denied the allegation. The case has since been struck out for lack of merit.

Well what do you think of the photo? You may want to join the conversation by dropping your thoughts in the comment section.