They may not want or like it, but the reality is that celebs will continue to be the business of many people out there. It is what it is.

Local poet and anti-GBV advocate Ntsiki Mazwai provoked controversy when he questioned Beyonce’s beauty, noting in a tweet that the pop idol is only considered pretty because of her light skin.

According to Mazwai, Beyonce uses makeup and weaves, making her look pretty. But those are not Mazwai’s standards for beauty.

Known for always speaking her mind, Nksiki Mazwai’s latest outburst will not surprise those who have been following her public advocacies. She would speak her mind on any subject under the sun – most times riling other social media users. 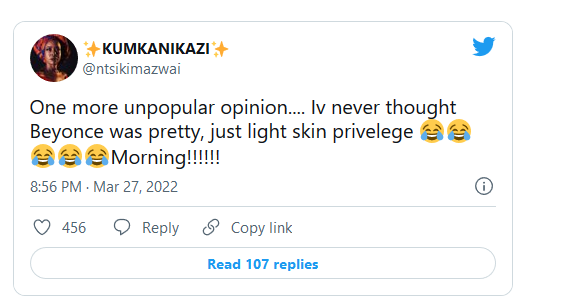 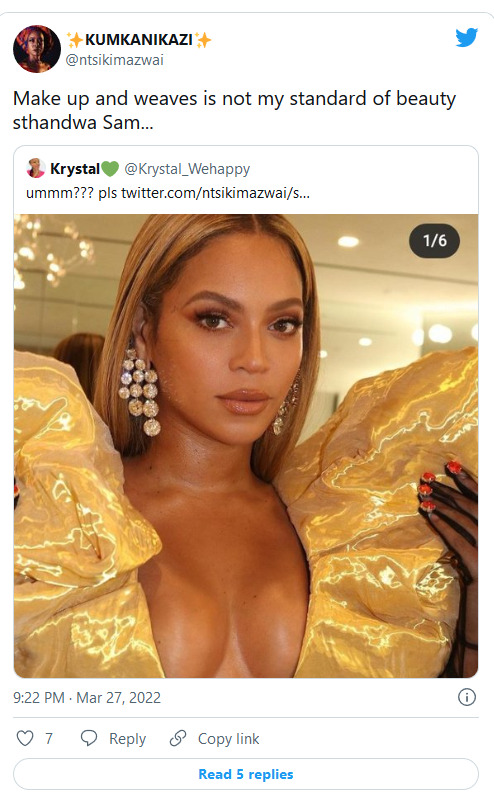 Interestingly, Beyonce is the second  Destiny’s Child member whose beauty has been called to question by a notable South African.

For instance, right now, media personality Anele Mdoda is infamous for calling Kelly Rowland, one of Destiny’s Child members, ugly. She had been savaged and called out for her opinion about the American, but she still holds her view.

Where Kelly Rowland allegedly trolls Anele in a subtle way for her opinions, it’s unlikely Beyonce would respond to Mazwai. That is if she knows the South African.

Tags
Beyonce Ntsiki Mazwai
John Israel A Send an email 30 March 2022
Back to top button
Close
We use cookies on our website to give you the most relevant experience by remembering your preferences and repeat visits. By clicking “Accept All”, you consent to the use of ALL the cookies. However, you may visit "Cookie Settings" to provide a controlled consent.
Cookie SettingsAccept All
Manage Privacy