Ntsiki Mazwai faces backlash for her comments about women who wear weaves and do braids.

One of the country’s most controversial personalities, Ntsiki Mazwai is always in the news for her opinion on several issues. No matter the backlash she gets for these opinions, it never stops her from speaking out.

The popular poet is receiving backlash for her statement on women who wear weaves and do braids. In a series of tweets shared on Monday, September 14, she stated that black women are not confident in their own hair, so they wear weaves to hide their insecurities.

She questioned the idea of wigs making black women feel prettier. In her own words, “the wave addiction is no different from a drug addiction”. Of course, those statements were enough to start a fire, which they did. Various Twitter users called her out for saying that black women wear weaves to hide their insecurities. Do let us know what you think. 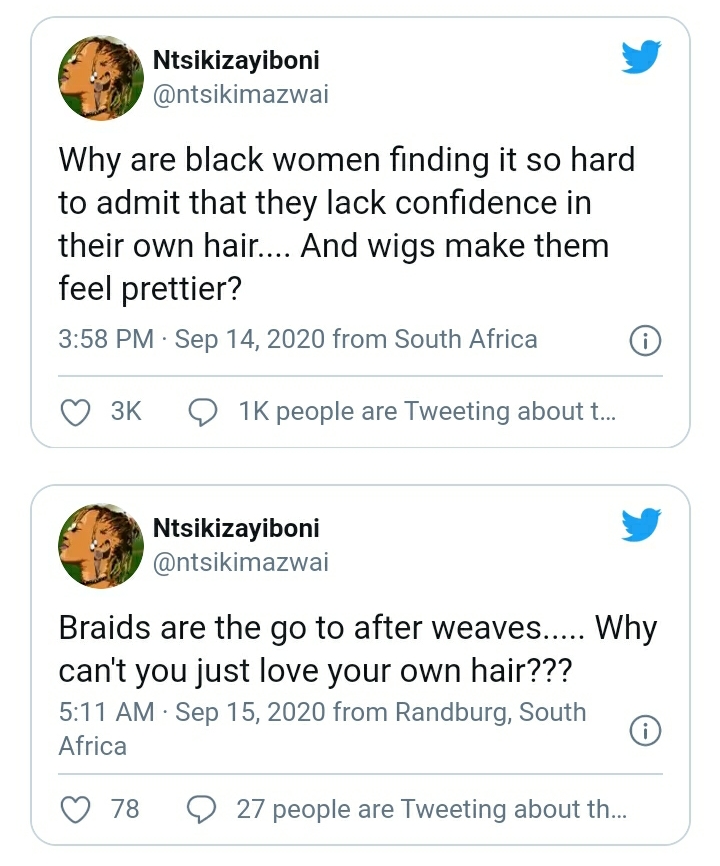 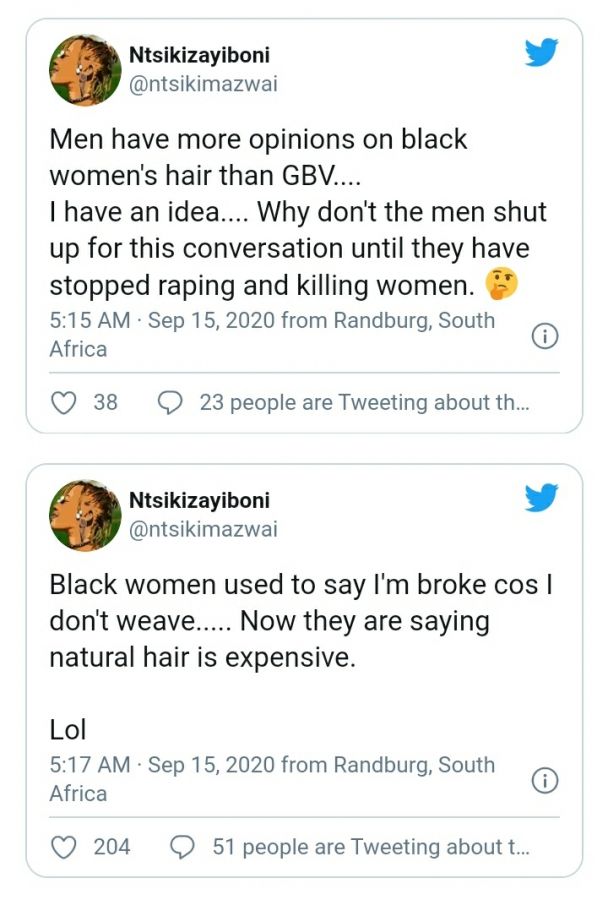 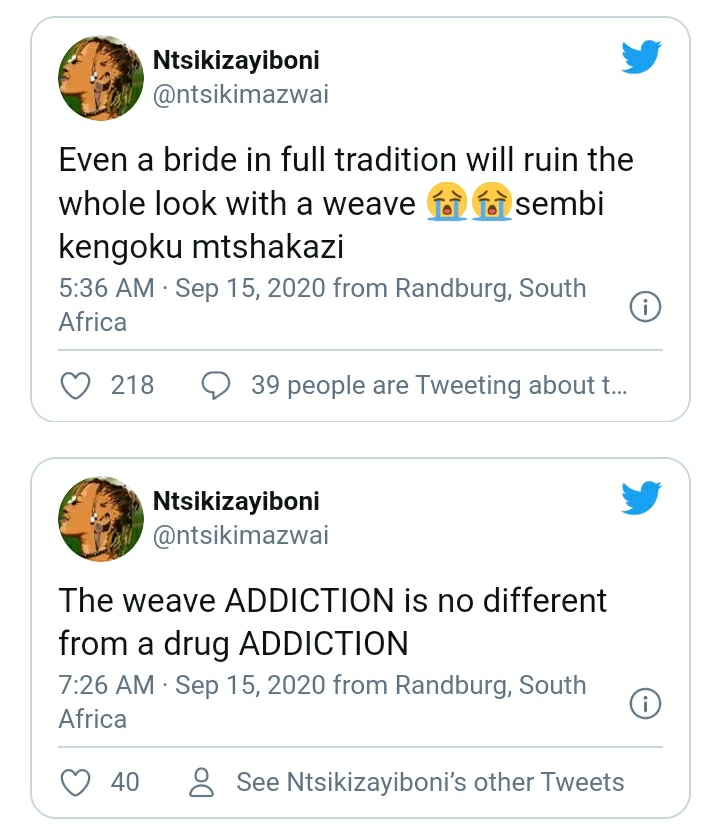