It has been said that those who live in glass houses should not throw stones or should do so with great caution else they might end up breaking their windows.

This saying might have proved true in the case of Nyiko, the road manager of the South African singer Mlindo The Vocalist.

In a recent rant on Facebook, DJ Maphorisa had claimed that Nyiko and Mlindo The Vocalist backstabbed him. According to the amapiano ace, Nyiko was broke but he set the path for his lifting and assigned him to Mlindo The Vocalist as road manager to the singer.

He claimed that both have since forgotten what he did for them and are behaving like he never was a part of their stories.

Nyiko dismissed DJ Maphorisa’s claims, however, claiming he was already established and worked with key voices in South African music around the period DJ Maphorisa claimed to have assigned him to Mlindo The Vocalist.

So Mlindo's Manger Nyiko just flat out said DJ Maphorisa's Facebook post was a publicity stunt😭😭 and added a sprinkles to the top and said phori uses batho to get songs ko #podcastandchill ya MacG 🤣🤣🤣😭😭 pic.twitter.com/qj2KtGKeQG

Thanks to #podcastandchillwithmacg for exposing what they are doing to Mlindo, everyone is just using him💔💔 pic.twitter.com/IPoReCStMm 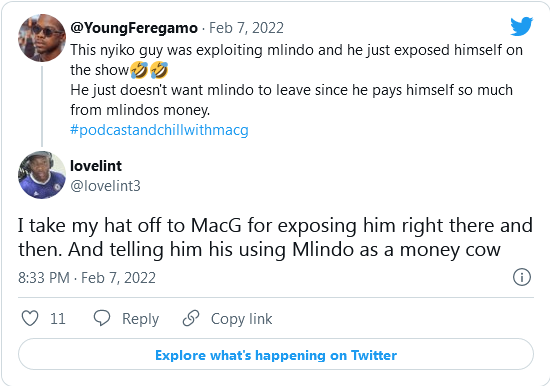 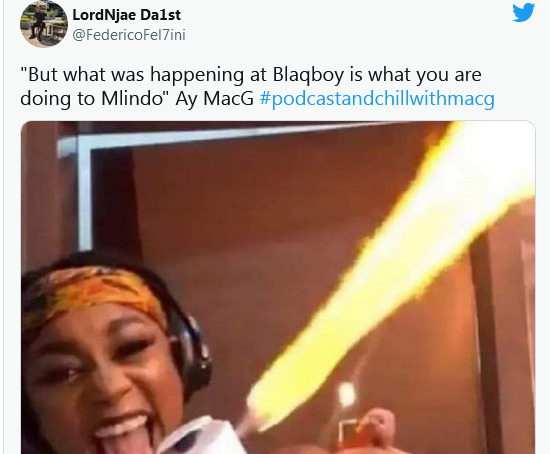 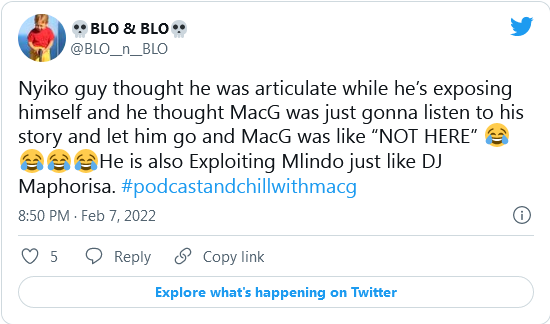 Tags
Nyiko
John Israel A Send an email 8 February 2022
Back to top button
Close
We use cookies on our website to give you the most relevant experience by remembering your preferences and repeat visits. By clicking “Accept All”, you consent to the use of ALL the cookies. However, you may visit "Cookie Settings" to provide a controlled consent.
Cookie SettingsAccept All
Manage Privacy