The South African town of Orania has captured the attention of the Rainbow Nation again, and Mzansi can’t stop talking about this community which has apparently refused to drop the garbs of old.

Located along the Orange River in the Karoo region of the Northern Cape province, Orania is a whites-only town where only Afrikaans is spoken, with a little sprinkling of English. However, the members of the community do not want any form of interference.

According to reports, they have their town, are taking care of their own social amenities, and want the government to steer clear of them.

The town has been practising this form of seclusion for decades, but some South Africans have only learned about it. And they’re condemning the government for allowing a new form of apartheid to continue after the official abolition of that system in the 1990s. 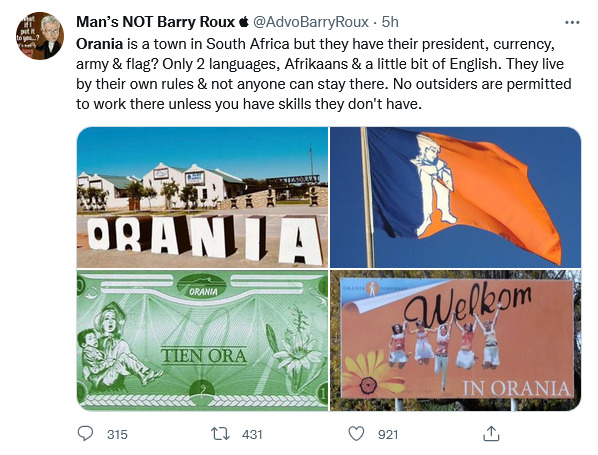 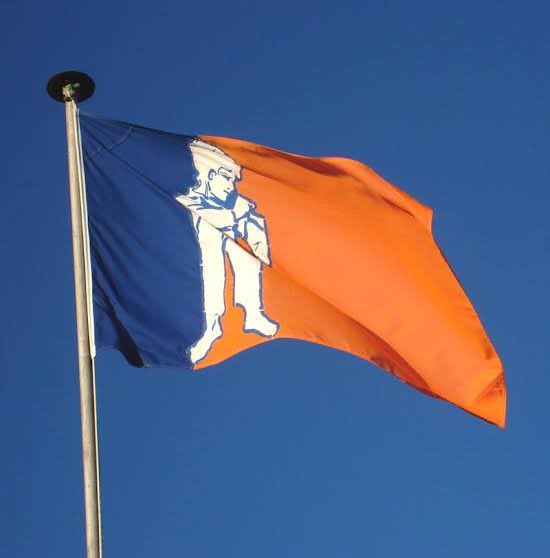 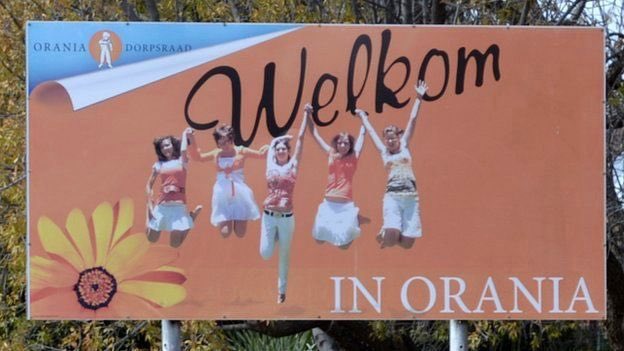 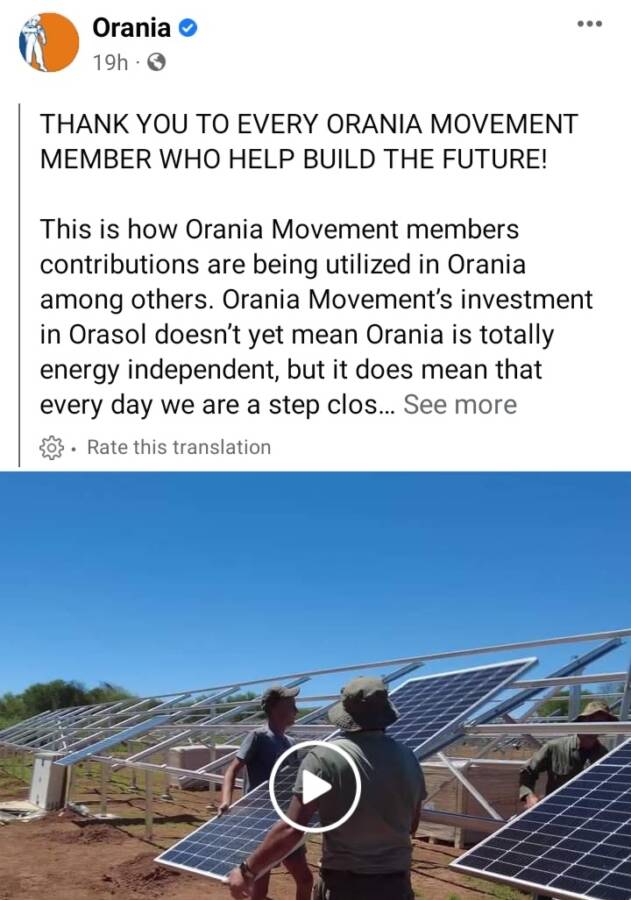 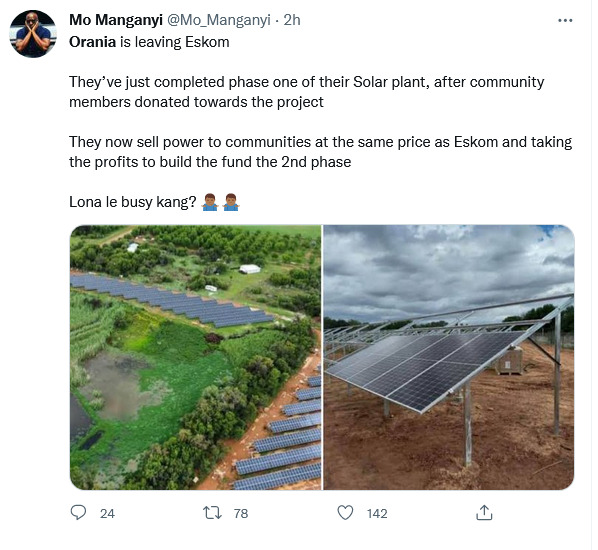 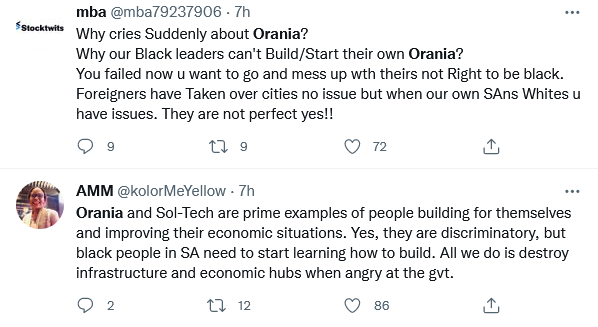 Amid the criticisms of the Oranians, though, some peeps, black and white, are supporting them from the larger mixed population of South Africa itself. According to these peeps, blacks complaining about the town should go ahead and create their own. After all, while Mzansi groans under load shedding, the Oranians are power sufficient via solar energy.

Tags
Orania
John Israel A Send an email 29 June 2022
Back to top button
Close
We use cookies on our website to give you the most relevant experience by remembering your preferences and repeat visits. By clicking “Accept All”, you consent to the use of ALL the cookies. However, you may visit "Cookie Settings" to provide a controlled consent.
Cookie SettingsAccept All
Manage Privacy