When one has been known for one attribute or character trait, a sudden change might have people asking questions. And where the change is from bad to good, some people might doubt the sincerity.

Well, that’s the case with Nandi in Pastor Wives right now. According to some viewers of the show, Nandi has been mean the entire season, so her apology in the past episode is a reason for a big yawn.

And for some viewers, her presence in the soapie should end in the second season. One viewer had shared a meme handing out digital dollars for Nandi not to return for season 3.

And yet some viewers think that there’s something seriously wrong with her for calling people peasants. As far as some of them are concerned, she’s indirectly embarrassing her husband.

Nandi has got her stans, though. And when she turned up in gold in one of the scenes, her fans were all for it. They thought she looked good.

Another of her supporters urged Nandi’s “haters” to let her be. She couldn’t understand why the ladies just hate Nandi for “no reason.” You can check out some of the reactions below. 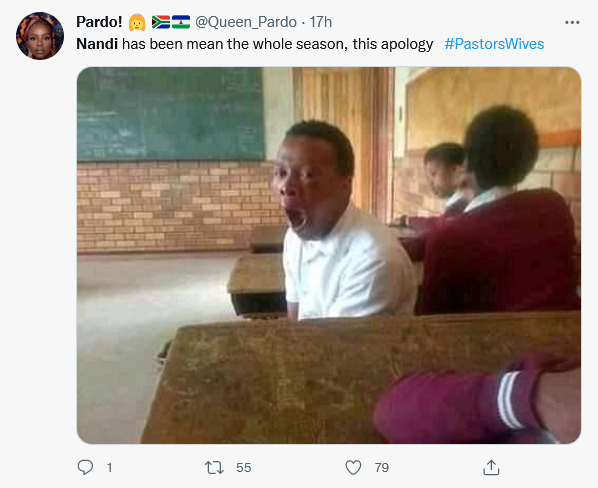 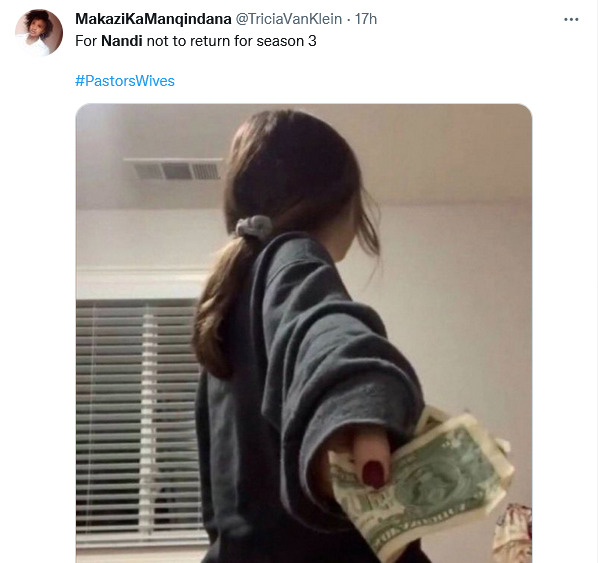 It remains to be seen if opinions on Nandi will change anytime soon.

Tags
Nandi Pastor's Wives
John Israel A Send an email 18 March 2022
Back to top button
Close
We use cookies on our website to give you the most relevant experience by remembering your preferences and repeat visits. By clicking “Accept All”, you consent to the use of ALL the cookies. However, you may visit "Cookie Settings" to provide a controlled consent.
Cookie SettingsAccept All
Manage Privacy