Media personality Pearl Modiadie is back on the market and keen to start dating again after her relationship with Nathaniel Oppenheimer collapsed.

The couple had dated briefly, had a child, and then it was over – as quietly as it started.

Pearl Modiadie had reportedly been unhappy in the relationship – or so she had hinted when she wrote on her Instagram page that being alone was much better than being unhappy.

Although it has since been confirmed that she’s single again and ready to mingle, the television personality is not open to dating just about anyone from any age bracket. She has strict rules on how old the person might be.

In a recent tweet, the mother of one noted she isn’t out to date a Ben 10 – as a man younger than his woman is called, jocularly, in Mzansi. Those interested in dating her must be between 36 and 52. No more. 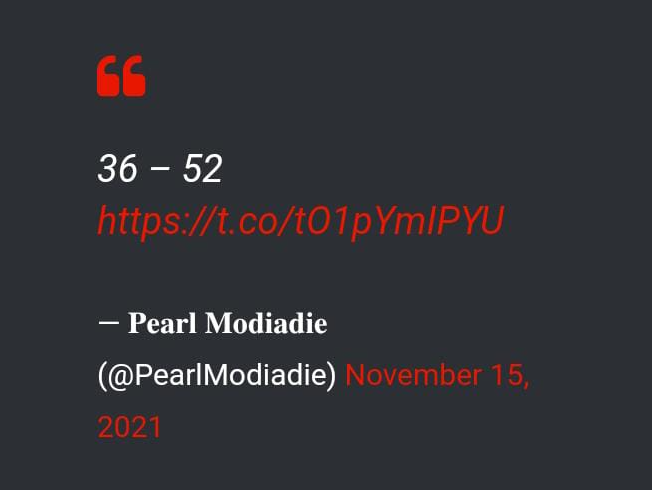 For those who are younger or older than the age bracket she gave, it’s about time to look elsewhere as sis has no time for you. 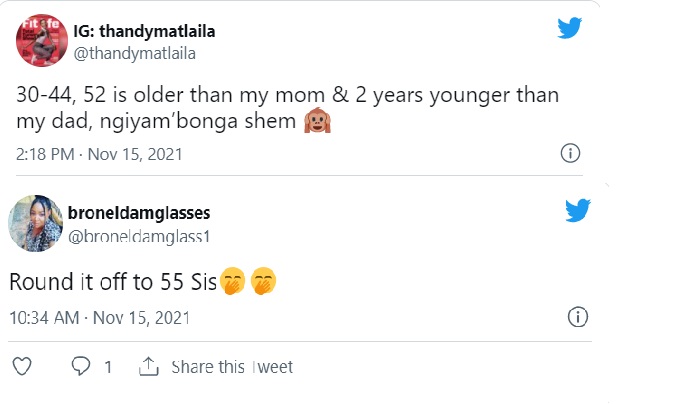 Are you single pearl? Asking for my friend who is 50. pic.twitter.com/K0GwsKCaHz

Well, it remains to be seen who will capture her heart after Nathaniel Oppenheimer, and how far she will go with the person. We’ll be here to bring the details to you.

Tags
Pearl Modiadae
John Israel A18 November 2021
Back to top button
2
Close
We use cookies on our website to give you the most relevant experience by remembering your preferences and repeat visits. By clicking “Accept All”, you consent to the use of ALL the cookies. However, you may visit "Cookie Settings" to provide a controlled consent.
Cookie SettingsAccept All
Manage Privacy