Mzansi actress Ntando Duma has just acquired a new Mercedes Benz, joining the league of celebrities with the pricey brand. In Mzansi, they are addressed with the hashtag #GirlsWithMercs.

The Mercedes isn’t her first car nor – nor do we expect it to be her last. Ntando Duma has had a good year, so it isn’t surprising that she should decide to spoil herself a bit.

The Benz, a picture of which was shared on social media, is more of an early Christmas gift from the actress to herself.

Since the unveiling of the new whip on social media, Ntando Duma’s fans, celebs and others have been congratulating her on the purchase, and she has been lapping up the goodwill graciously. 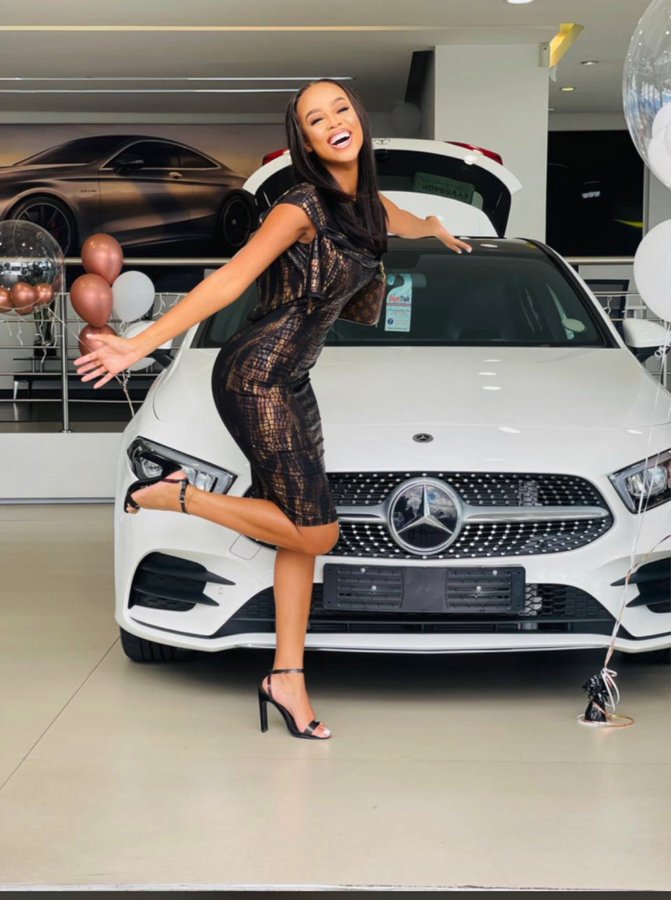 Ntando Duma, an unapologetic supporter of Julius Malema’s EFF, recently caused a stir online when a picture of Lasizwe grabbing her boobs surfaced online. Both of them appeared to be having a goofy moment.

The dust over the boobs moment has since settled and Ntando Duma is going on with her life, a new Merc in tow. From the look of things, this is just the beginning for the adorable mother of one.

We’ll be here to share the next good news.

Tags
Ntando Duma
John Israel A Send an email 25 November 2021
Back to top button
Close
We use cookies on our website to give you the most relevant experience by remembering your preferences and repeat visits. By clicking “Accept All”, you consent to the use of ALL the cookies. However, you may visit "Cookie Settings" to provide a controlled consent.
Cookie SettingsAccept All
Manage Privacy