Somizi’s alleged fiancé Pholoso Mohlala has reportedly welcomed a newborn baby, leaving fans wondering if he was indeed in a relationship with the Idols SA judge.

The revelations started as early as July 1, when the “Isidingo” actor shared a picture of his heavily pregnant girlfriend – who was never named in the picture or in subsequent posts. Days later, he had shared another photo – this time of him holding his newborn. That was when the speculations started flying on whether he was indeed Somizi’s lover.

As someone had joked on Twitter, Pholoso Mohlala might be with Somizi, but he also isn’t done with the ladies just yet. Whatever the case, it is clear that the actor is happy to have a child. If he weren’t, he indeed wouldn’t have flaunted it to his fans. 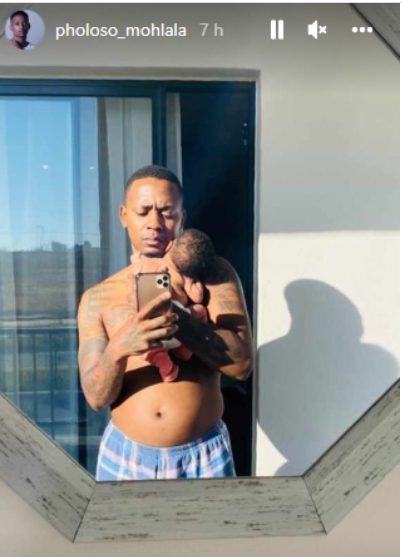 For his part, though, and even when rumours of him dating Pholoso was flying about, Somizi neither confirmed nor denied he was dating the actor. Somizi appears to have been occupied putting his show “Living the Dream With Somizi” together.

Somizi even had a bigger dream at heart – that of running his own musical show. Until that happens, Somgaga doesn’t want to be disturbed.

And for Pholoso. Congratulations are in order.

Tags
Pholoso Mohlala
John Israel A8 July 2022
Back to top button
Close
We use cookies on our website to give you the most relevant experience by remembering your preferences and repeat visits. By clicking “Accept All”, you consent to the use of ALL the cookies. However, you may visit "Cookie Settings" to provide a controlled consent.
Cookie SettingsAccept All
Manage Privacy