American dapper Pop Smoke is about to rise from the dead. Are you all ready to meet him? It promises to be an orgasmic lyrical encounter, man.

Oh hold on. When we say rise from the dead, we don’t mean that in a literal sense. Nah. The reference is to the slain rapper’s song, which is dropping soon, with 50 Cent & Roddy Ricch as guest artistes. We can’t wait.

The song, supposedly part of the rapper’s upcoming album, drops soon. How soon exactly we cannot tell, nor can we give the title, for 50 Cent hasn’t revealed those. In a recent post, he merely stated that the song will be released soon.

While he wasn’t specific, some industry insiders are already speculating the song drops this Friday. We are watching. If the song should be released then, we would share it here with you at UbeToo. So stay tuned for more. 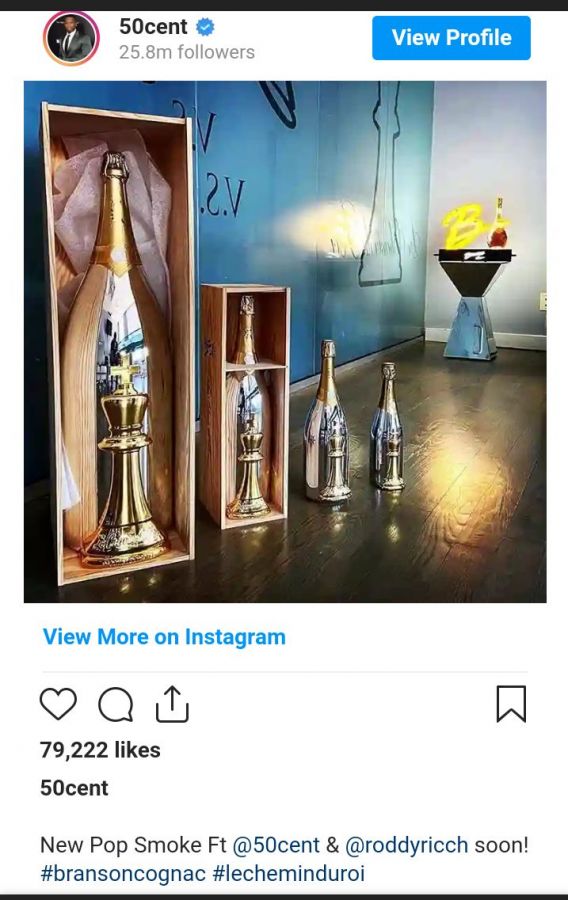 By the way, Universal Music Group’s Steve Victor has revealed that Pop Smoke’s album will be available July 3. The release date was apparently delayed because of the killing of George Floyd and the protest his death has provoked.

Well, what do you think about the upcoming song? You may want to join the conversation by dropping your thoughts in the comment section below.

Tags
50 Cent Pop Smoke Roddy Ricch
John Israel A Send an email 24 June 2020
Back to top button
Close
We use cookies on our website to give you the most relevant experience by remembering your preferences and repeat visits. By clicking “Accept All”, you consent to the use of ALL the cookies. However, you may visit "Cookie Settings" to provide a controlled consent.
Cookie SettingsAccept All
Manage Privacy