After unveiling the cover artwork for his highly-anticipated new album and teasing new music earlier this week, dancehall superstar Popcaan returns today to share the album’s title track and reveal the tracklist for his new album, Great Is He, which will be released January 27th via OVO Sound. The announcement closely follows previously released offerings “We Caa Done,” featuring Drake, bashment anthem “Set It” and the love song “Next To Me,” featuring Toni-Ann Singh.

Great Is He is a kaleidoscopic offering, where Popcaan uses all avenues available to explore where he comes from, and his life as one of dancehall’s great superstars. It’s a signature mix of bombast, brooding, and brukking out. With carefully selected features from genre giants Drake and Burna Boy, as well as rising star, Chronic Law, Popcaan sits side by side with the genres that dancehall has inspired. It’s a testament to the variety of dancehall out there, and the breadth of his artistry – where conscious rawness sits next to dance anthems. In a world of mood playlists, Popcaan is all of them, providing us with moments to put a lighter up, and moments to grab a whine. Greatness only. 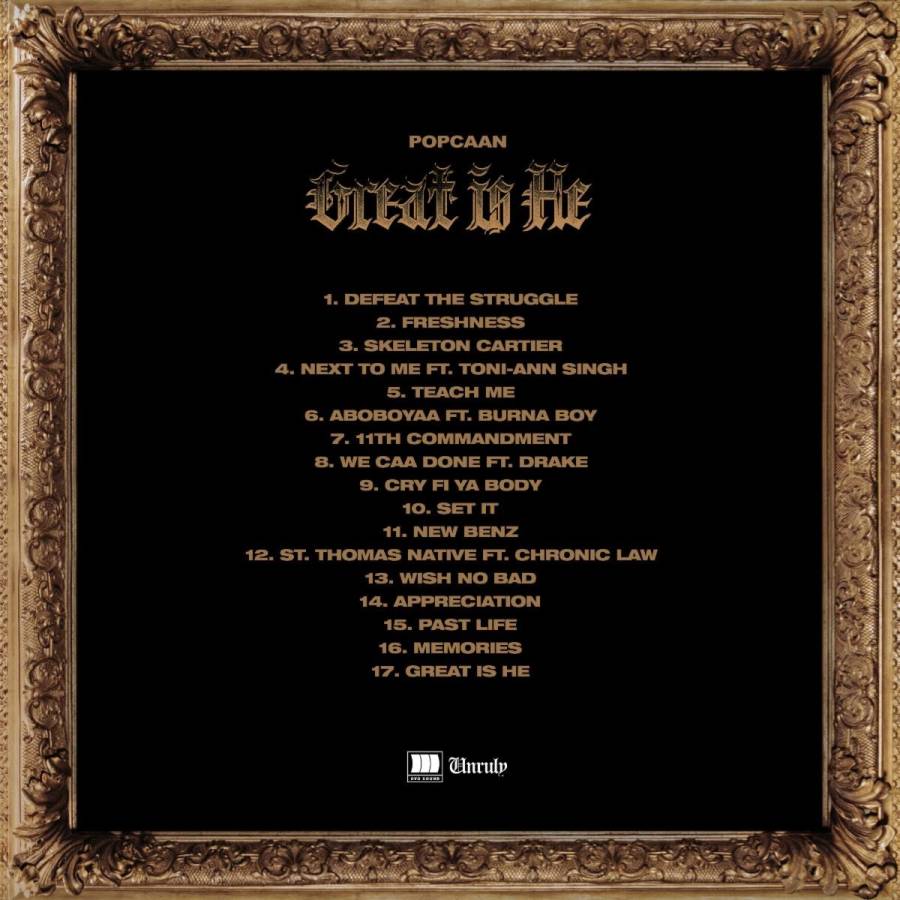 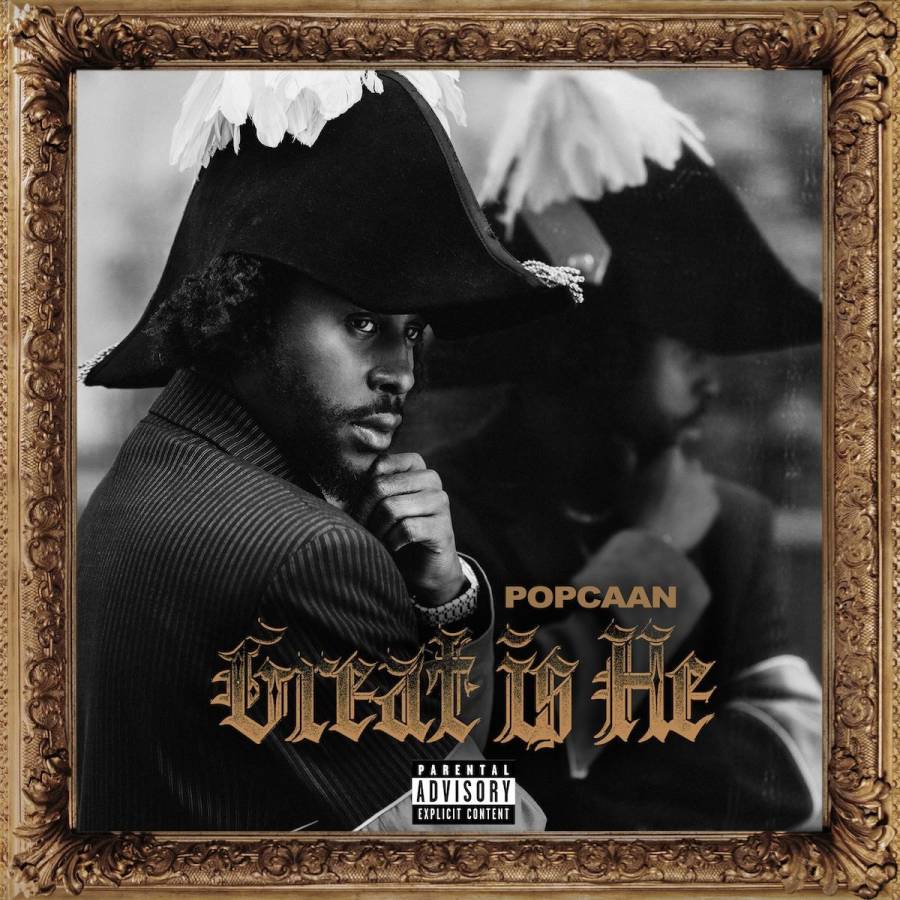 Since his 2014 debut, Where We Come From, Popcaan has risen to become not just one of the most celebrated artists within dancehall, but a global superstar celebrated for his dedication in pushing the genre forward. A cultural powerhouse, his accolades and achievements are numerous; he’s worked with a who’s who of fellow trailblazers including Jamie xx, Young Thug, Gorillaz, Burna Boy, Kano, Jorja Smith and Drake; he’s regularly topped the Billboard Reggae Album charts; he created Jamaica’s annual Unruly Fest, which brings stars across the globe to the country, he’s won applause from the likes of NY Times, Billboard, Complex and covered the likes of The FADER, Wave and Clash amongst others, and most recently fronted Drake’s Nocta campaign. Throughout it all, he has remained an innovative force bringing dancehall to the world and influencing a wide array of modern music genres. All while racking up almost a billion global streams.

Pre-save/order Great Is He above and stay tuned for more Popcaan coming soon.

Tags
Popcaan
Thato Siyabonga20 January 2023
Back to top button
Close
We use cookies on our website to give you the most relevant experience by remembering your preferences and repeat visits. By clicking “Accept All”, you consent to the use of ALL the cookies. However, you may visit "Cookie Settings" to provide a controlled consent.
Cookie SettingsAccept All
Manage Privacy