Although Priddy Ugly and Bontle Modiselle have been friends for the past 11 years, the pair only got married about a year ago. The two are currently marking their first anniversary as husband and wife.

It’s a reflective moment for Priddy Ugly as thinks of the time they have spent together this past decade. In an Instagram post yesterday 29 September 2020, the father of one stated that he is honoured to be Bontle Modiselle’s husband.

He had apparently known his wife from when she and he were teens. The transformation from being friends to husband and wife is one he is particularly proud of. He said their first year anniversary flew so fast he hoped the next 70 years would be much more prolonged. He would enjoy it that way. 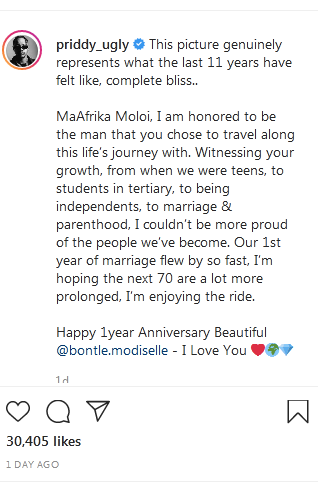 Bontle Modiselle is equally chuffed with the man she married. In an Instagram post shared a day before Priddy Ugly’s, she described him as a special man. She said he fills her cup. She also thanked him for the beauty of their relationship.

She ended her post with an affirmation of her love for him, wishing the two of them a happy anniversary. You can check out loved-up images of the couple below, and let us know what you think, in the comment section. 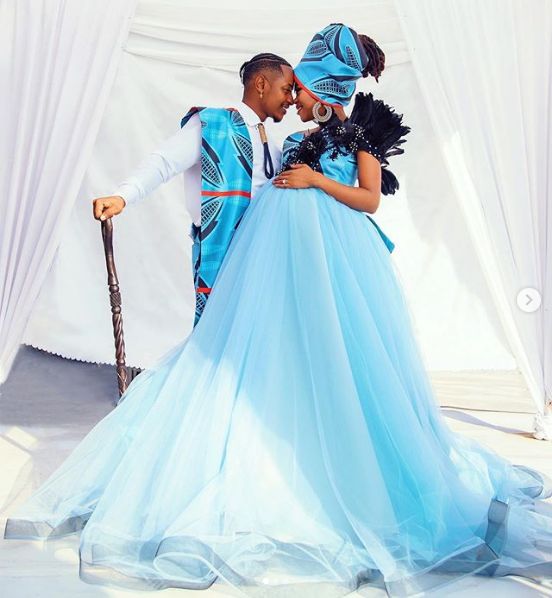 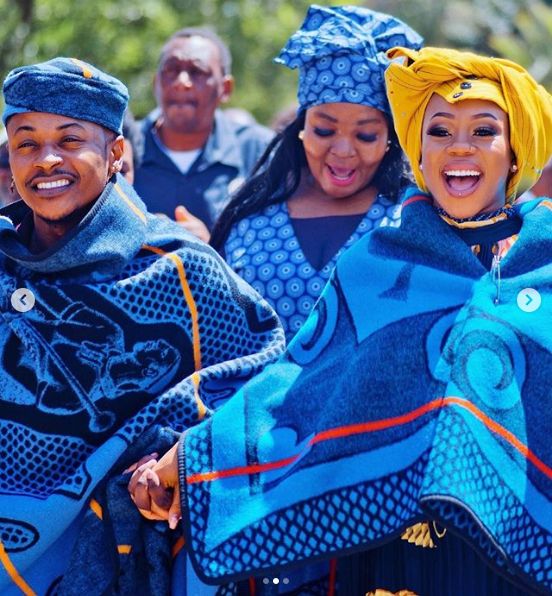 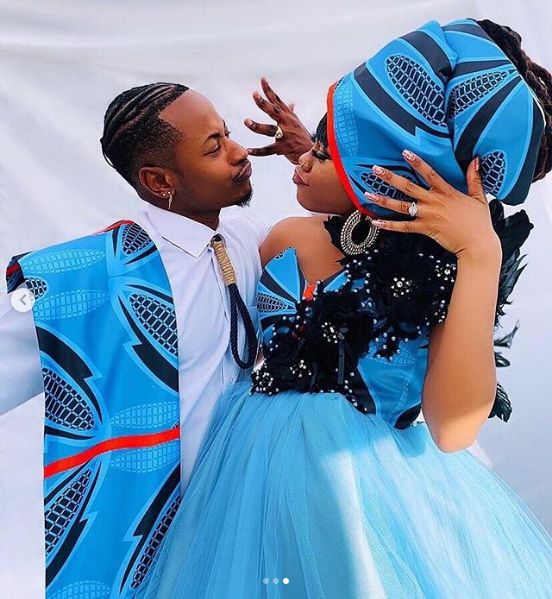