If we got a penny for every time someone declared themselves the best rapper, we would be millionaires by now. It has become obvious that you need a lot of self confidence to be in the Hip Hop game. We can’t lie, it is fun to watch.

This time, Priddy Ugly is the one raising dust. The Mzansi emcee took to Twitter on Monday, August 2nd to share his thoughts on the game and also on being creative. He revealed that “wanted to remain creative and maintain quality at the highest level” when he came into the game.

Priddy went on to reiterate his love for music (majorly rap and Hip Hop). He also hinted that his aim for crowning himself “the best rapper” is for the up-and-coming ones to do better. His recently released “Soil” album has amassed praise since it dropped. 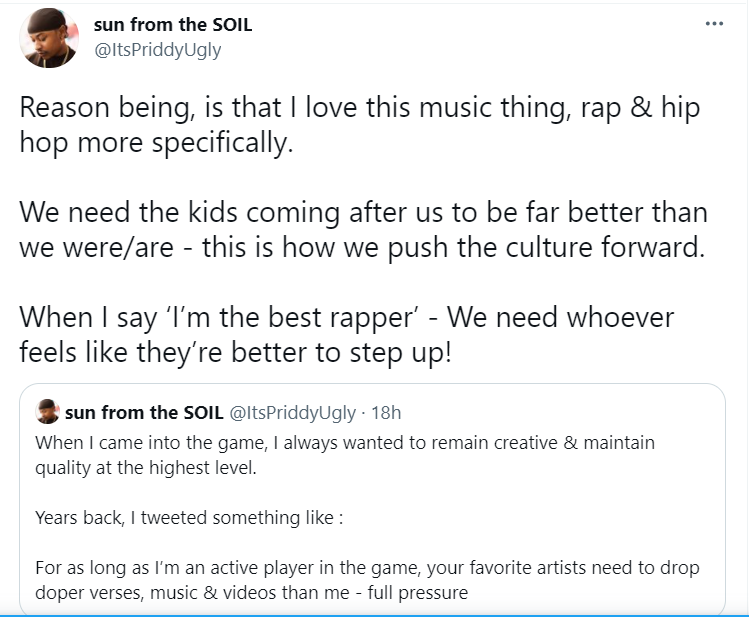