It was a moment of reflection for South African rapper Priddy ugly, who recently lost a boxing match to compatriot Cassper Nyovest.

The two had a match at short notice, and Cassper floored the “EGYPT” star in the ring in no time. What could have been? What really happened? Well, the songster Hs had enough time to reflect on his loss of October 1. 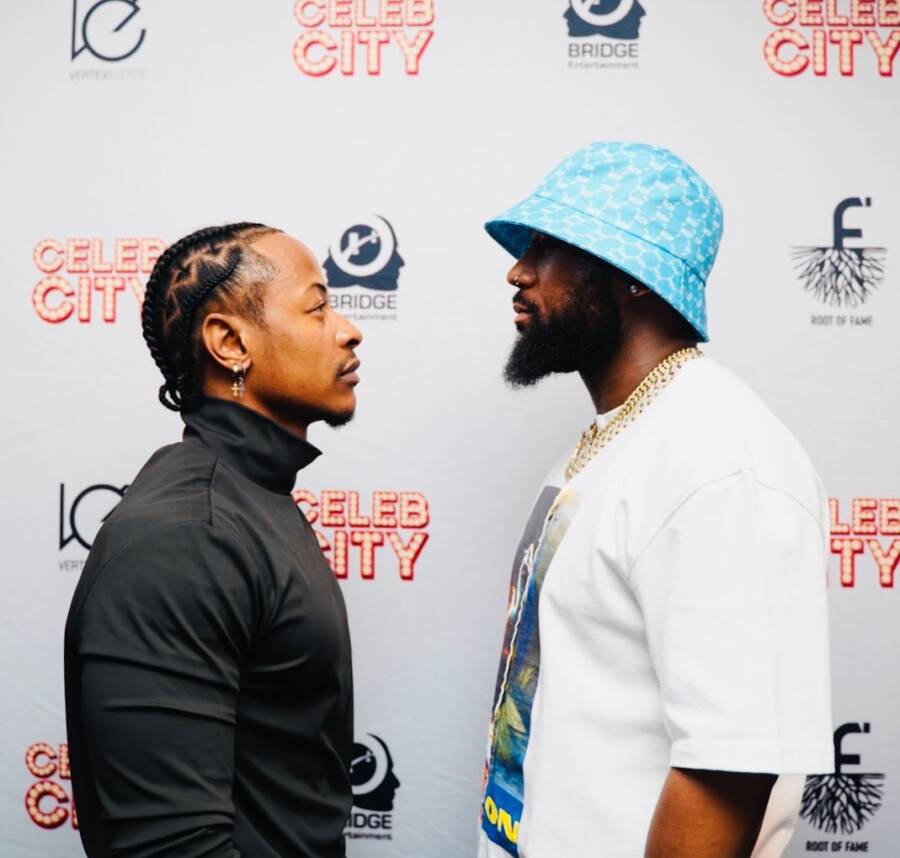 In a series of tweets following his loss, the songster had congratulated Cassper Nyovest, noting that he worked had and earned his victory. However, he also reflected on other aspects of the fight of October 1, admitting he made a couple of errors in the ring.

For whatever reason, although he had planned the fight and trained for it, the experience in the ring was altogether different. You can check out his tweets below. 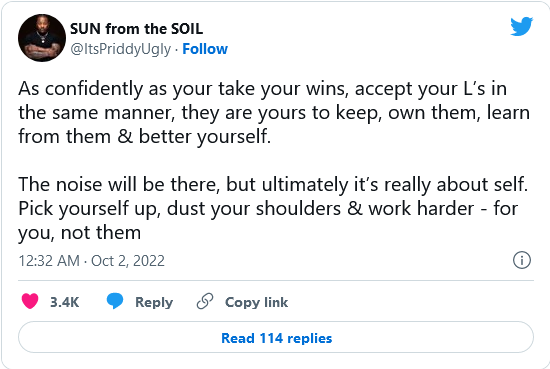 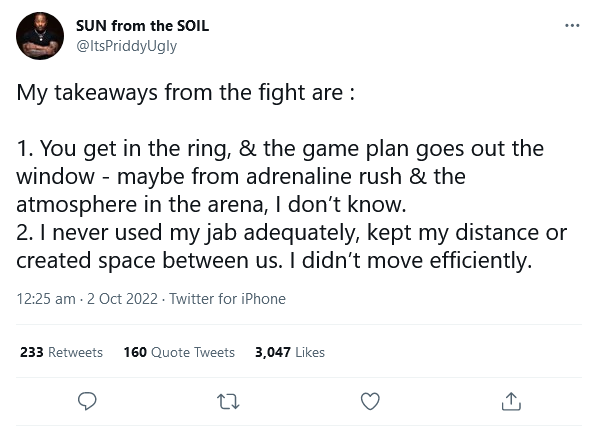 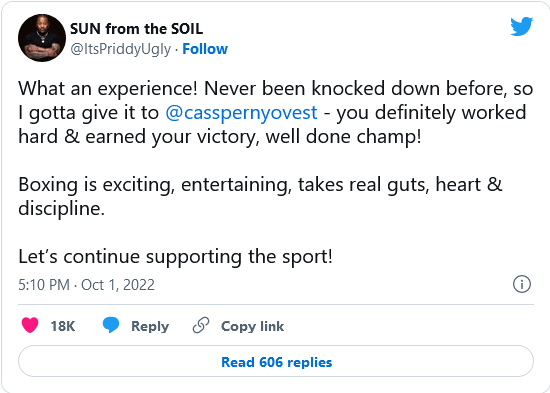 Many were actually looking forward to Priddy Ugly giving Cassper Nyovest a hard time in the ring. So many were understandably disappointed when Cassper Nyovest knocked him out in under two minutes.

While Cassper Nyovest readily fought Priddy ugly, he isn’t really the one The Family Tree boss earnestly wanted to fight. Cassper has his eyes on AKA, who had insulted his parents. But will the AKA fight happen?

Tags
Priddy Ugly
John Israel A Send an email 4 October 2022
Back to top button
Close
We use cookies on our website to give you the most relevant experience by remembering your preferences and repeat visits. By clicking “Accept All”, you consent to the use of ALL the cookies. However, you may visit "Cookie Settings" to provide a controlled consent.
Cookie SettingsAccept All
Manage Privacy