It is a return to a play on imagery for South African rapper Priddy ugly as he treats fans to his sophomore album entitled “SOIL.” One might describe the project as deserving of its title in the sense that it is something on which the songster grew ― or rather shared ― his experiences.

You might as well imagine the compilation as one vast canvas on which the Angola-born South African limned disparate experiences into one bloody and intriguing whole. Also, it is a compilation that can easily shut up those still doubting the songster’s rap gift.

“SOIL,” which popped on Apple Music and other streaming platforms on July 28, totes 10 tracks in all and plays for 30 minutes. For this compilation the songster had co-opted pals like Maglera Doe Boy, Blxckie, Zulu Mecca and H-D.

The musical experience began with an eponymous track and one in which Priddy Ugly spat his bars alone. No guests, but the fire in “SOIL” cannot be missed. The songster reflects on the world around him and delivers a grim verdict. Given the current unrest in South Africa, it is tempting to think Mzansi is the orbit the songster has his binoculars trained on while rapping in that single. But this can be anywhere in Africa.

The message was just as grim in the second track, “Let Me Out,” for which he tapped the vocal resources of ZuluMecca. In that song he lamented the genocidal curse that has plagued Africa ― a continent so blessed yet rapaciously sucking its finest eggs. The song may as well be taken for an indictment of the black man and his reluctance ―or unreadiness ― to appreciate the raptures of brotherhood. 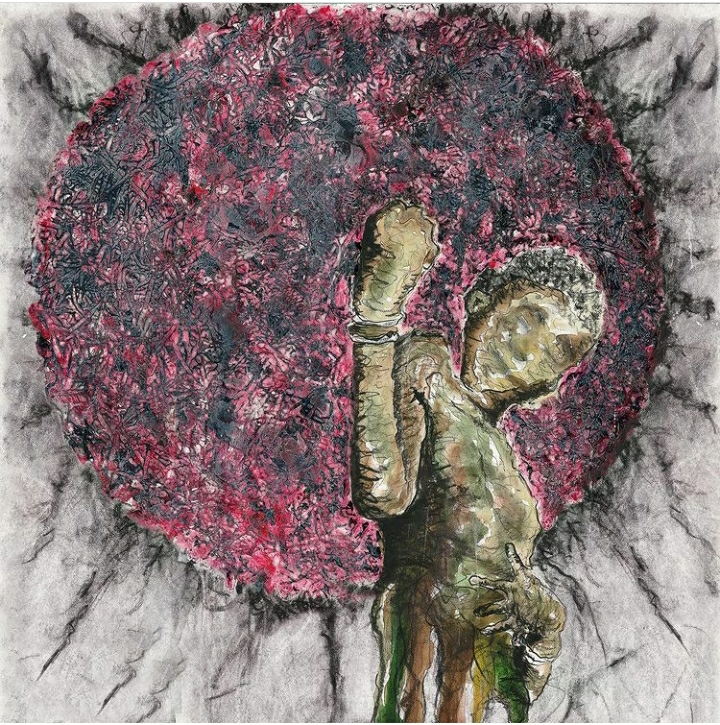 The experience gets somewhat didactic in the third track, “Reset.” Although not the finest track in the compilation, this song, thanks to the life lessons embedded in it, will cause you to reflect. You shouldn’t be surprised if the song ultimately “resets” your experiences.

The fourth track in the compilation is one for relief as it ignites the beauty of love and companionship. In that song, Priddy Ugly shares his raptures in his wife (formerly girlfriend of many years) Bontle Modiselle Moloi, a choreographer and dancer extraordinaire.

The song should surprise no one who has followed the couple’s love story. Bontle is older than her husband, but the love they share is for one the books.

“Poltergeist Interlude” fortunately throws up no ghosts. This fifth track in the compilation is yet one that easily sucks the listener in.

What follows, “Loose Change,” is more like an affirmation of self. Priddy Ugly knows he’s got the raps gift. And for those who should think him talentless, there’s “Loose Change” for them to pocket. The self-assurance apparent in that song is enough to silence most of those who had ribbed him.

After over eight minutes of spitting his bars alone, Priddy Ugly re-embraces his collaborative spirit, tapping Blxckie and H-D for “Dead Jungle,” an explorative take on their hoods ― which can be any hood anywhere in the world.

The same collaborative spirit was apparent in “Rap Relay,” a collaborative work with Maglera Doe Boy. The musical synergy between the two is infectious. In fact, the listener might end up hoping the two artistes link up again.

The track “Handful of Dust” actually raised dust in South Africa, with fans of the songster wondering why he should diss A-Reece, another South African rapper, on it. Disses are nothing new in the rap game, so if he should decide to take that path, why not? The songster rounded off on a mellow note, “Por Favor.”

With his “SOIL” album, Priddy Ugly shares what it feels like to the black and African and stuck somewhere in the continent.

Tags
Priddy Ugly Review
John Israel A Send an email 3 August 2021
Back to top button
Close
We use cookies on our website to give you the most relevant experience by remembering your preferences and repeat visits. By clicking “Accept All”, you consent to the use of ALL the cookies. However, you may visit "Cookie Settings" to provide a controlled consent.
Cookie SettingsAccept All
Manage Privacy