A new year is here, and for South African disc jockey and producer, it’s a moment of reflection as well. While the last year wasn’t perfect, the songster was able to achieve something. And for these achievements, he’s grateful.

In a recent post to Instagram, the “Fetch Your Life” hitmaker noted that despite the challenges of 2021, he was able to make it to Google’s top trending personalities in South Africa.

He also performed the hit song “Fetch Your Life” for the NPR Tiny Desk (Home) Concert, snatched the number 1 album spot on Apple Music South Africa, as well as saw his song featured in Coming to America “Rhythms of Zamunda” inspired soundtrack. 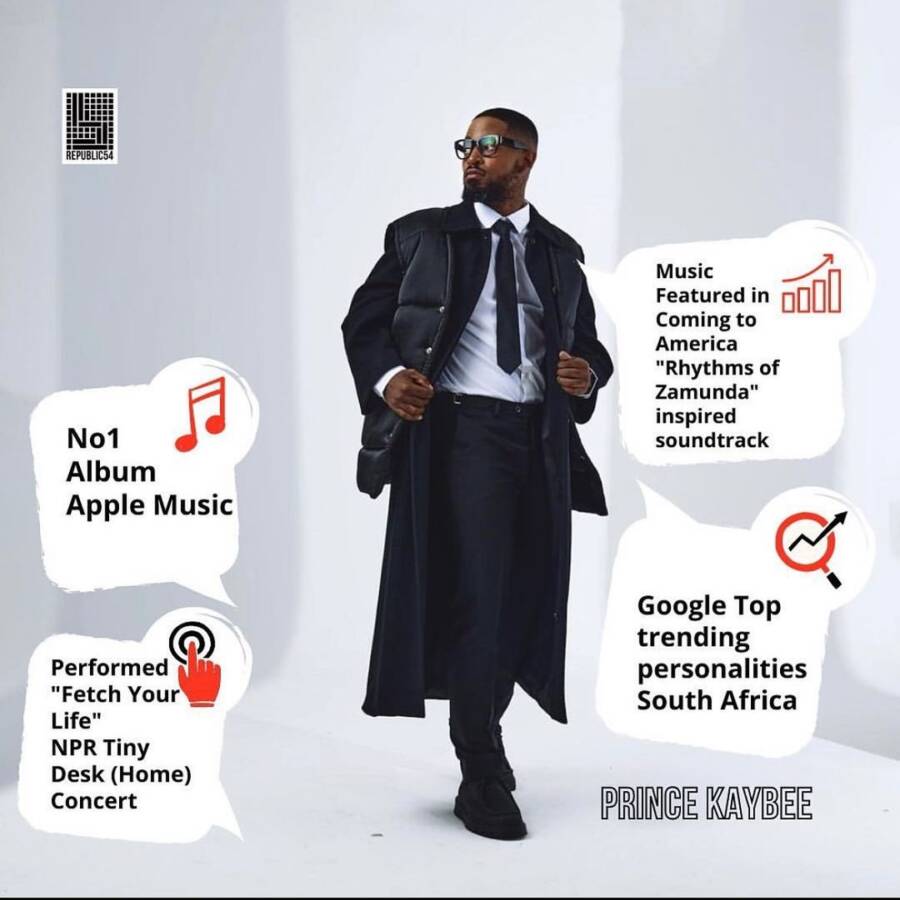 While he only listed the four mentioned above, fans thought he did more than that. To this collective, on the whole, Prince Kaybee had helped elevate South African music last year – especially the house genre.

By the way, 2021 was also the year Prince Kaybee had a messy storm with a side chick, who ended up revealing his nudes online. Incidentally, contrary to what many had expected, the revelation did not bury Prince Kaybee’s career but led to him getting more gigs instead. Can you beat that? Stay tuned.

Tags
Prince Kaybee
John Israel A Send an email 4 January 2022
Back to top button
Close
We use cookies on our website to give you the most relevant experience by remembering your preferences and repeat visits. By clicking “Accept All”, you consent to the use of ALL the cookies. However, you may visit "Cookie Settings" to provide a controlled consent.
Cookie SettingsAccept All
Manage Privacy