“Fetch Your Life” star Prince Kaybee has been applauded for not shooting an intruder who somehow managed to gain entrance into his apartment.

In a recent Instagram post, the songster had shared a clip of him, armed with a pistol, overpowering a man who had gained access to his home. According to him, the “thug” had gained access into his residence yesterday night.

He said he had no idea how the “thug” got in. anyway, he succeeded in beating him down. The intrusion notwithstanding, the songster made it clear he would still hit Cape Town for a show. He urged his followers to be careful out there. 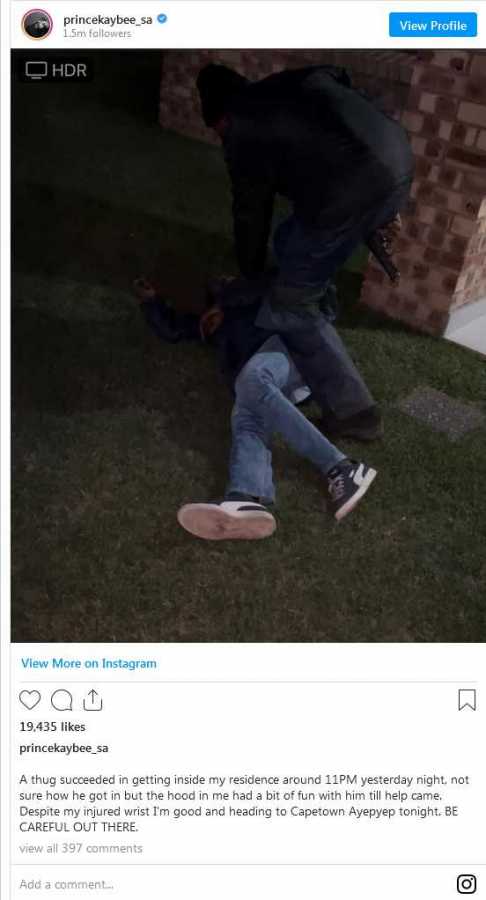 Prince kaybe was commended for not shooting the “thug.” The songster apparently knew the law. He responded that if he had shot the intruder, he would most likely have been in jail for killing him.

By the way, Prince Kaybee has been pretty open about domestic violence, condemning those who have been battering their partners, including DJ Dukwa and (allegedly) Black Coffee. In the case of Black Coffee, some peeps assumed he was using Black Coffee’s estrangement from wife Enhle Mbali a excuse to fight him.

Well, what do you think of Prince Kaybee’s handling of the intrusion?