Award-winning South African DJ and record producer, Prince Kaybee, has been hailed by his fans for lecturing Euphonik on the importance of compensating upcoming DJs.

The talented DJ has shook tables as he talked about upcoming DJs who perform on TV for free. 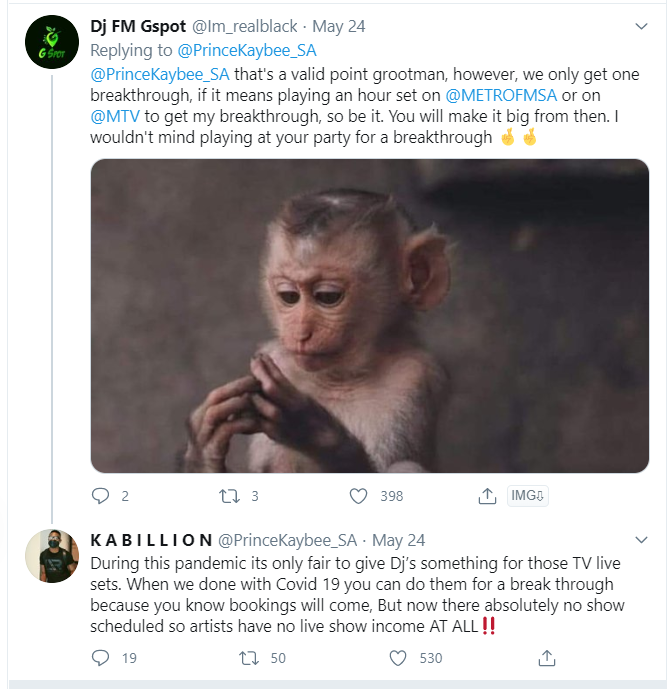 Shimza, who felt attacked, stated that the DJs who perform on the Lockdown House Party are being settled with some amount of money. 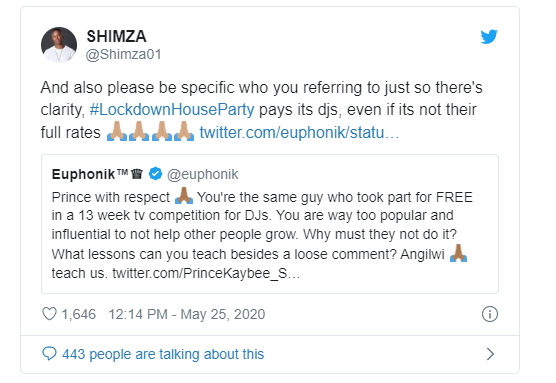 Euphonik, on the other hand, needed more explanation over what Prince Kaybee had tweeted. Prince Kaybee maintained his stand that upcoming DJs should be settled with a little amount of money and that the exposure is not enough. This is despite the fact that he and Euphonik agreed on some other points. 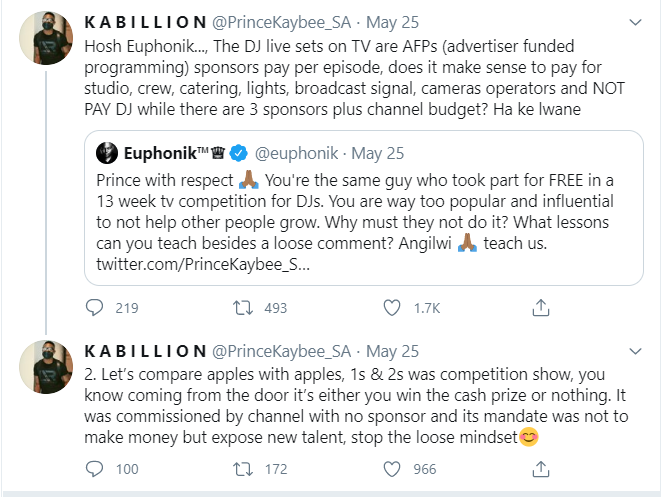 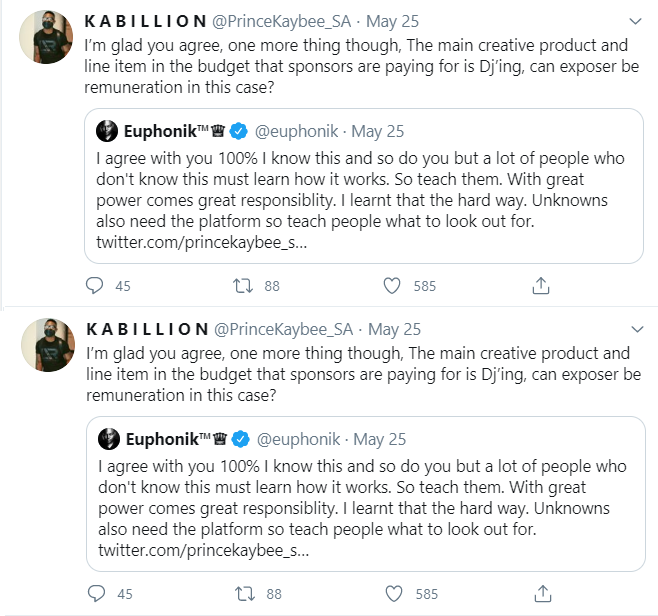 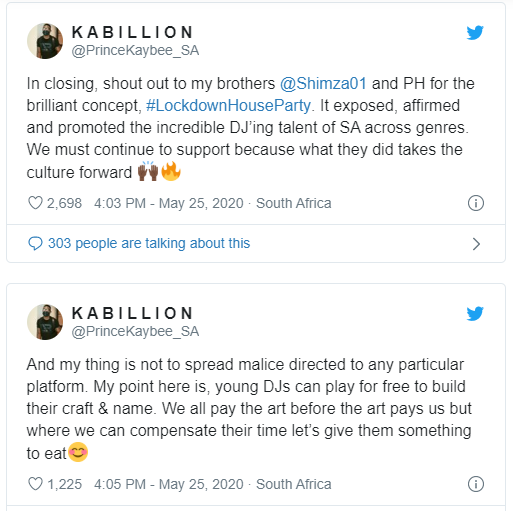 Fans of the ‘Fetch Your Life’ hitmaker called him a smart person. Prince Kaybee also acknowledged it!

He further gave a shout-out to Shimza as he explained that his statement was not intended to start a malice.