Prince Kaybee is keen his fans – and just about anyone out there – will forget booze and use the money for something better. The muso probably thought he was giving people excellent financial consulting service for free amid the snarl of coronavirus.

But the intervening hours has shown that most fans are unready for his advice just yet. They want to have a good time, to paint the town red with fizz. (forgive the cliché). It’s their money, after all.

It so happens, then, that minutes after he tweeted fans should not buy alcohol but save every cent, fans started dragging him.

There were others who shared Prince Kaybee’s opinion. For instance, a Twitter user with the handle @R89_Property_ suggested people should be buying property instead of alcohol. He, too, got dragged, by Boity and others. 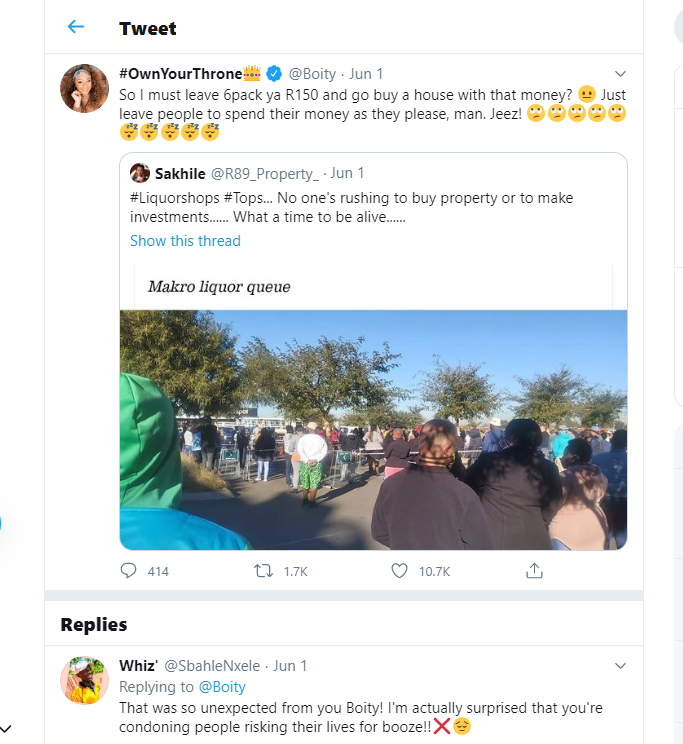 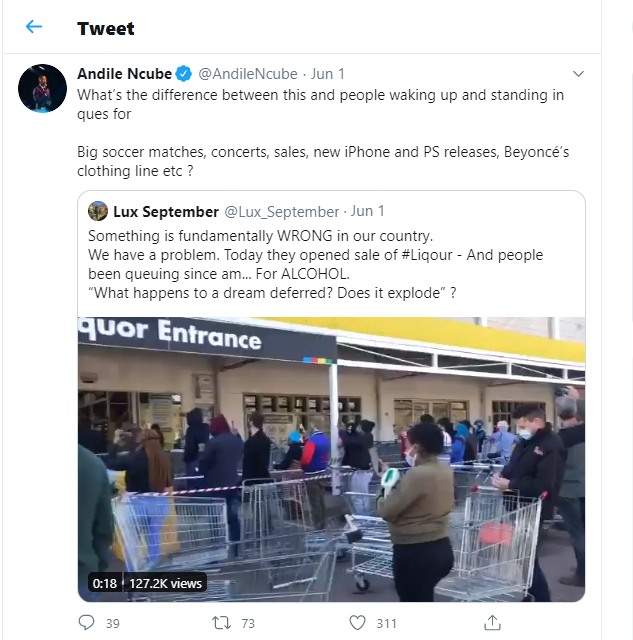 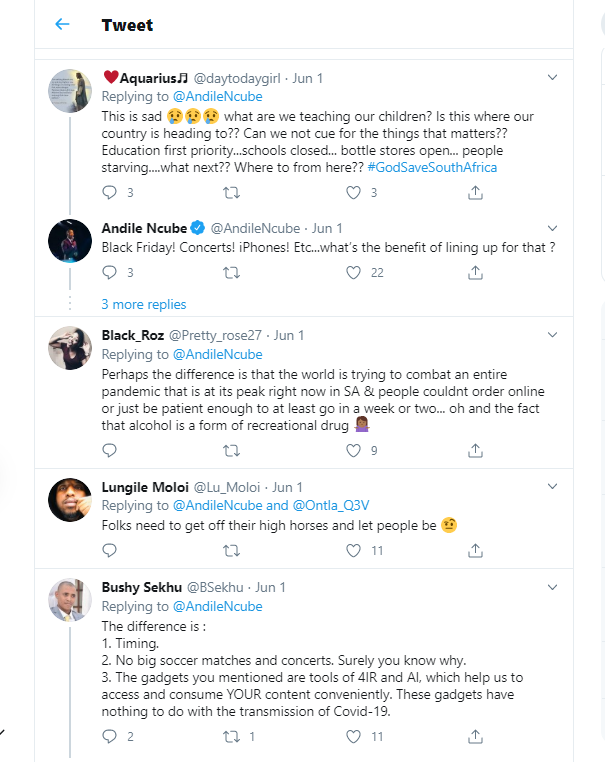 By the way, Prince Kaybee, who recently treated fans to a piano performance of “Uwrongo,” made the call after liquor stores opened across South Africa and his compatriots stormed the stores to stock up. Some patrons even waited hours in the queue just to grab a bottle.

Well, what do you think of Prince Kaybee’s call to save their money and avoid alcohol? Drop your thoughts in the comments below.

Tags
Prince Kaybee
John Israel A Send an email 3 June 2020
Back to top button
Close
We use cookies on our website to give you the most relevant experience by remembering your preferences and repeat visits. By clicking “Accept All”, you consent to the use of ALL the cookies. However, you may visit "Cookie Settings" to provide a controlled consent.
Cookie SettingsAccept All
Manage Privacy